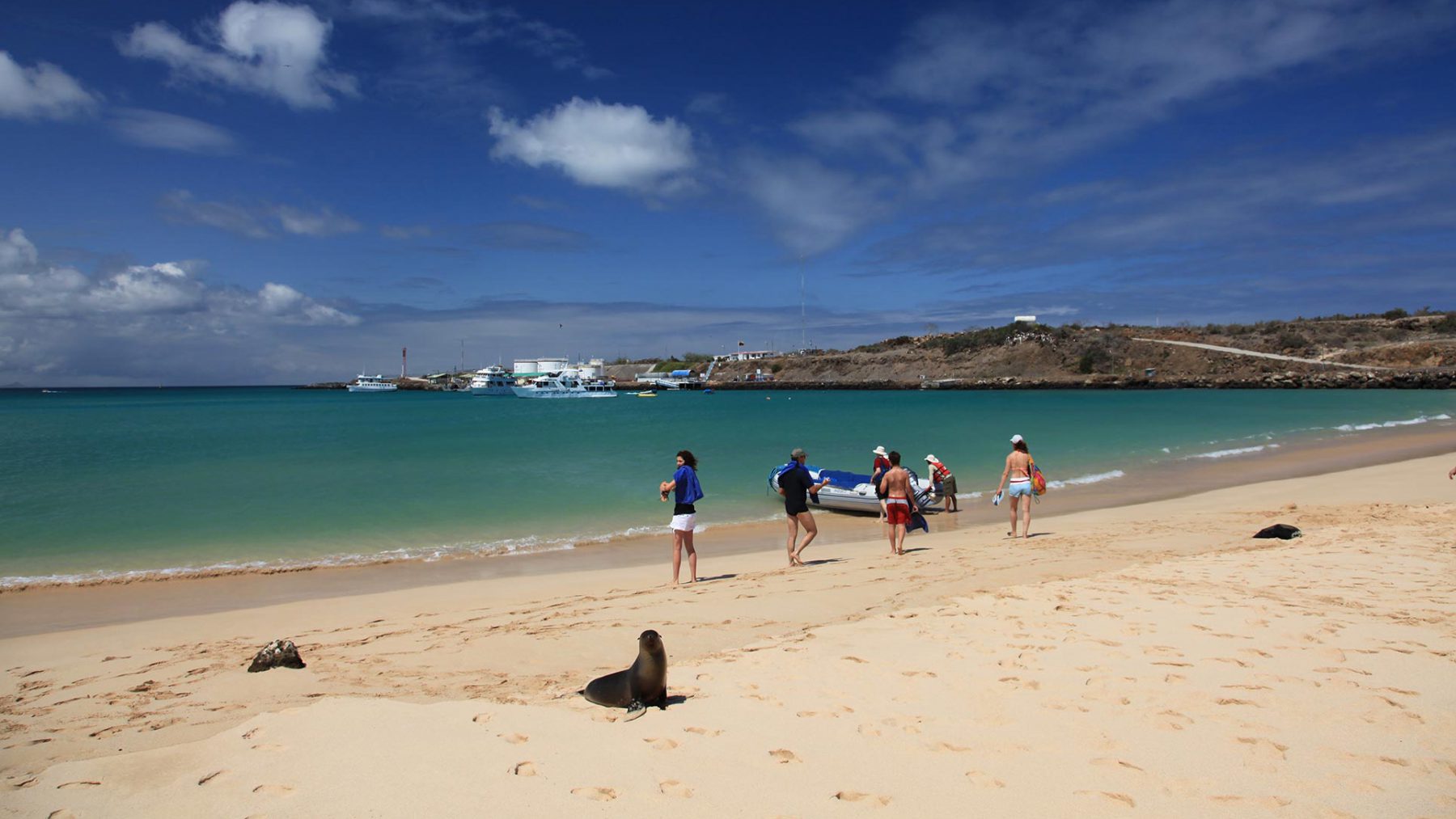 Galapagos Weather: The Galapagos archipelago has a unique tropical nature in matters of weather. The influence that the marine currents create on the islands makes it unusually dry. There are two very different seasons that completely change the environment and landscape during six months each. Even though the pattern that the currents create is accurate, the weather behavior is unpredictable in the transition of the seasons and is completely changeable within a few hours. The warmest months are from December to June. January to March can be hot and humid, but also mostly green at this time. The months from July to November are cooler. The average year-round temperature is 76°F (24°C).

Starting on January to June, is the time when the strongest marine current that crashes on the Galapagos is the Panama northern hot current. This is associated with high wind and water temperature that results in high humidity. The skies are usually clear but there are eventual heavy rainstorms.

The temperature peak of the season is often on March and April, and this is the time when vegetation turns green and terrestrial ecosystems flourish. Insects such as Butterflies, beetle, grasshoppers, mantis and others are easier to find. This is a positive impact for bird and other vertebrate fauna for feeding and reproducing processes.

The Galapagos marine fauna and flora are diverse and unique thanks to the upwelling phenomenon. On the warm season the Panama current has the chance to enter the island zone because the wind engine system changes and weakens the upwelling. Then when the water is warm, most animals find it difficult to survive due to the lack of primary production resources and life struggles.

Also called the Garua season starts on the months of June until December, is due to the presence of cold waters coming from the south and west, resulting in no much evaporation and so, no much precipitation in the lowlands. The Humboldt Current coming from the south hits the archipelago and together with the west current of Cromwell, create a perfect upwelling scenario for life.

The lowlands and highlands are different ecosystems that also have very different facts that influence their nature. On the cold season, the lowlands turn completely dry, most plants die and most trees (the ones that are adapted to the dramatic change) lose their leaves creating a desert like landscape. Land Animals on this season are put on test and again, natural selection makes it the most adaptable and lucky survive. Reptiles have an advantage and most ants use complex strategies to make it through. On the islands that are tall, the highlands are usually covered by clouds and are often rainy and very humid.

Marine productivity is at its peak on this season, life in the ocean is the richest on this time of the year. The cold waters and the nutrients lifted by the upwelling create opportunities for all species to feed and reproduce. This also encourages Marine Birds to mate, so almost all of them have adapted their reproduction cycles to fit on this season. Sea Lions, Sharks, Manta Rays, Fish and many Marine Invertebrates take the chance to arise in all locations of the archipelago.