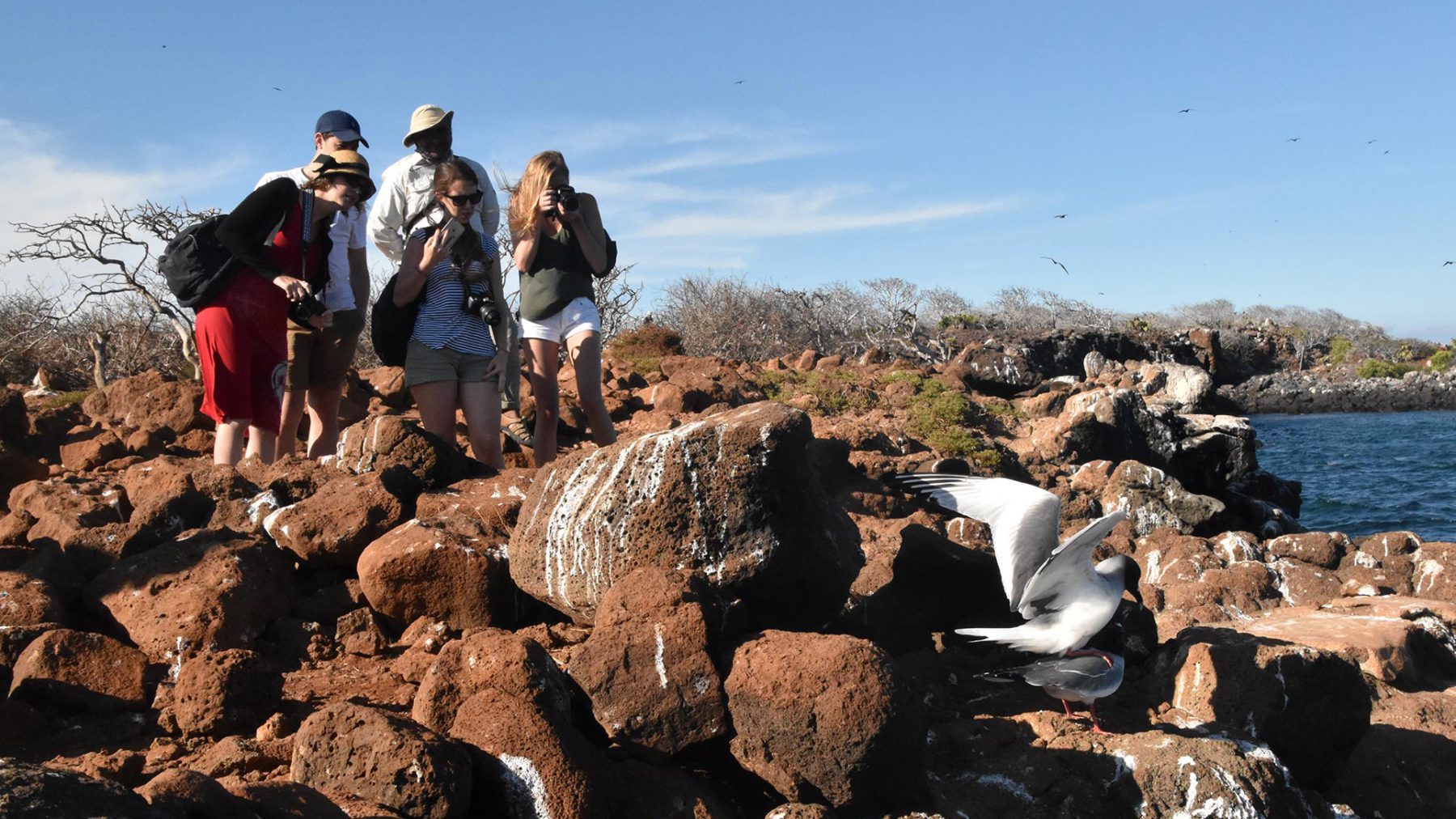 This small island is one of the most important fishing sites for Marine Birds. This place is the reason for many travellers and ornithologists to observe the spectacular and diverse amount of birds of the Galapagos.

The visit site is located next to the nesting area of Frigate Birds, both Magnificent and Common, that rest on the trees along the whole year. Witnessing the mating dance of the Blue Footed Boobies is also one of the highlights of the experience. There is additionally a Palo Santo forest that spreads on the south shore of Seymour where birds nest, and offer a spectacular view of the channel formed in between Bartolomé and Seymour.

Its formation is related to an uplifting of the underwater layer that resulted in a very eroded flat rock surrounded by risks. Here, the marine base is still evident, giant rocks and shells are found everywhere.

Hundreds of sharks such as the Tiger Shark, Galapagos Shark, Reef Shark and others, swim by the shore of this island.  The Upwelling Phenomenon caused by the cold currents, enhance the marine diversity on this snorkelling and dive area.

Discover seabird colonies and witness up close and personal, the most intimate courtship, breeding and nesting behaviors. 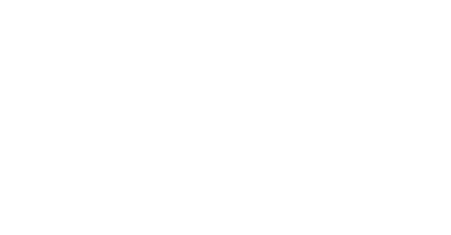 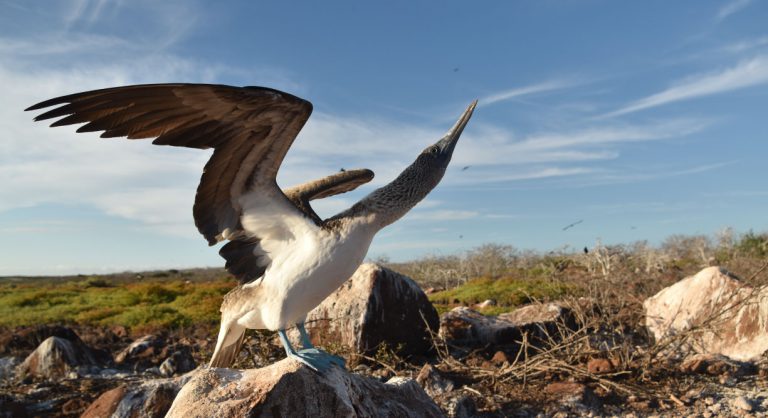 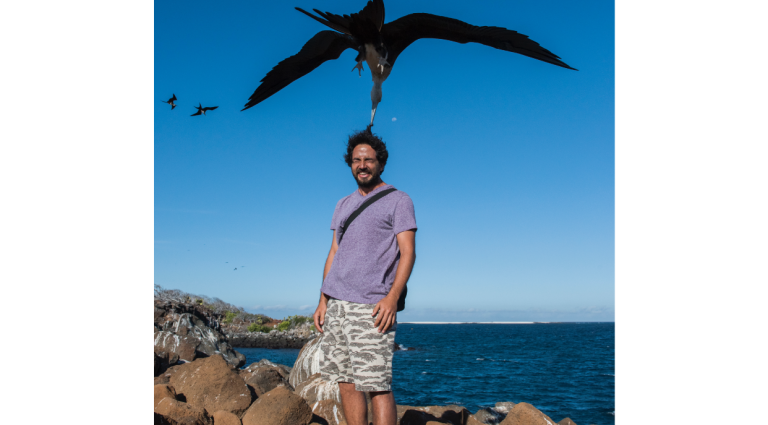 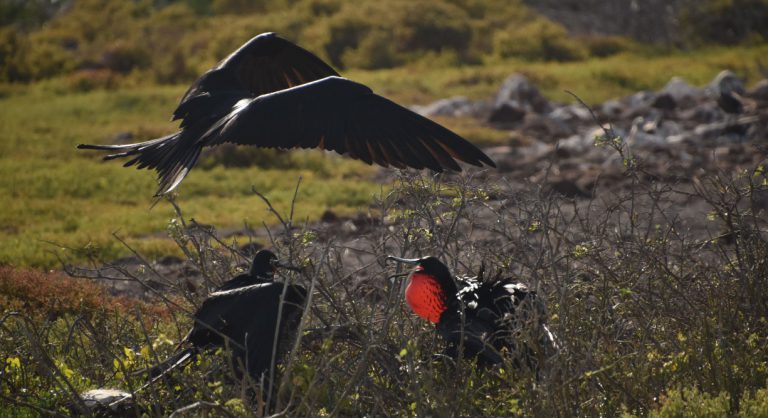 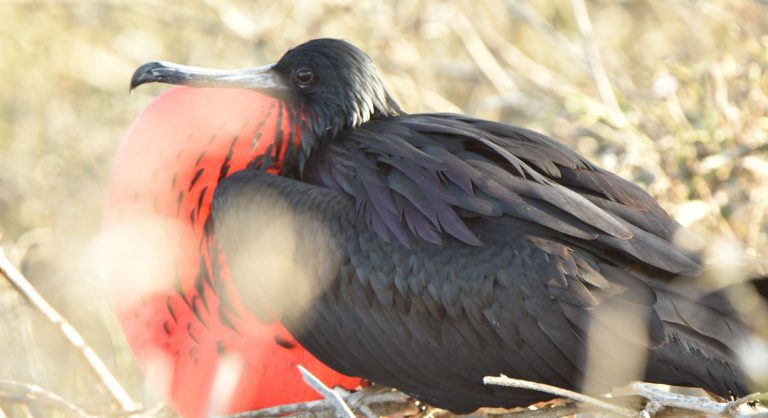 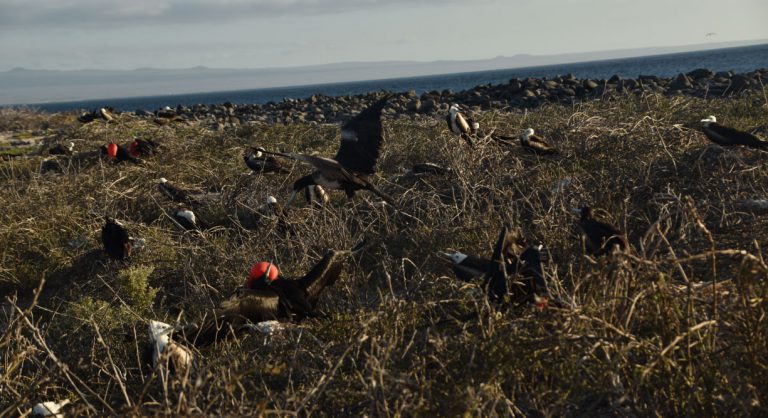 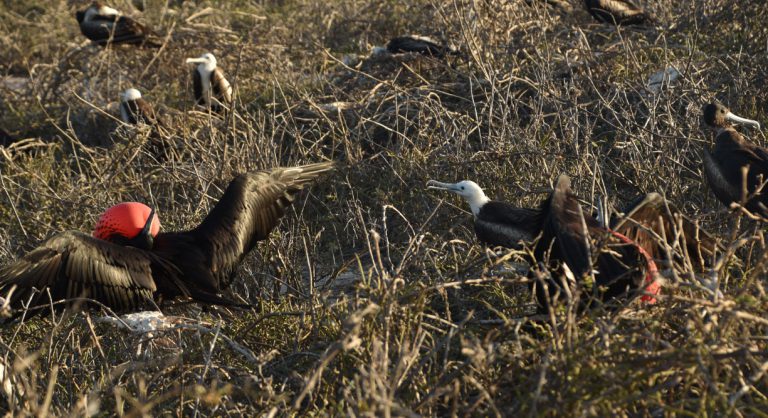 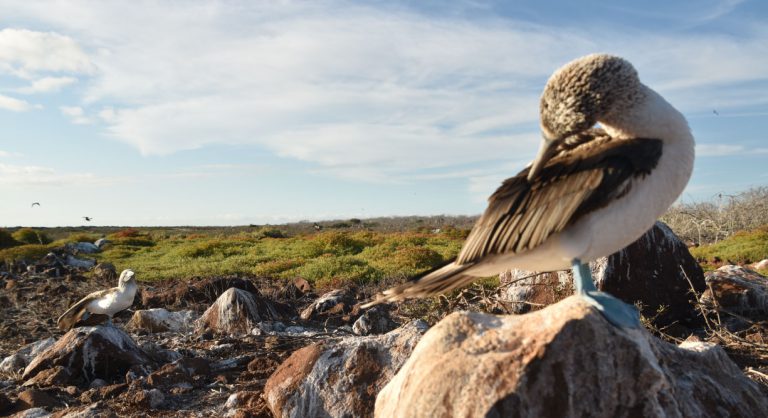 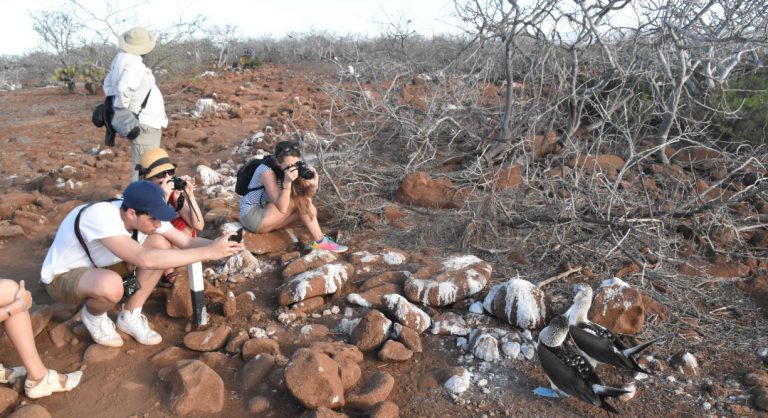 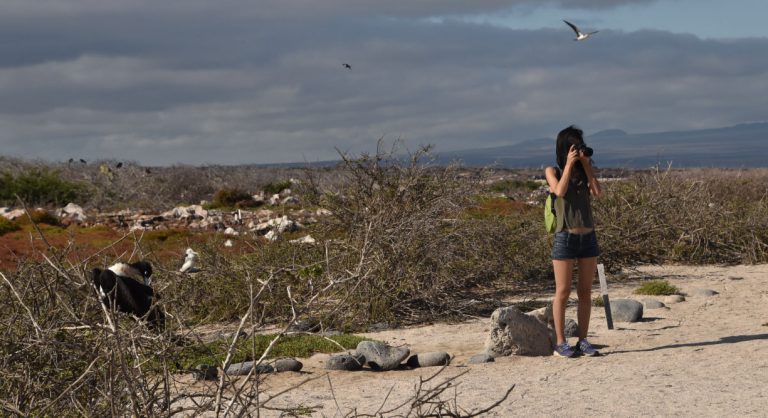 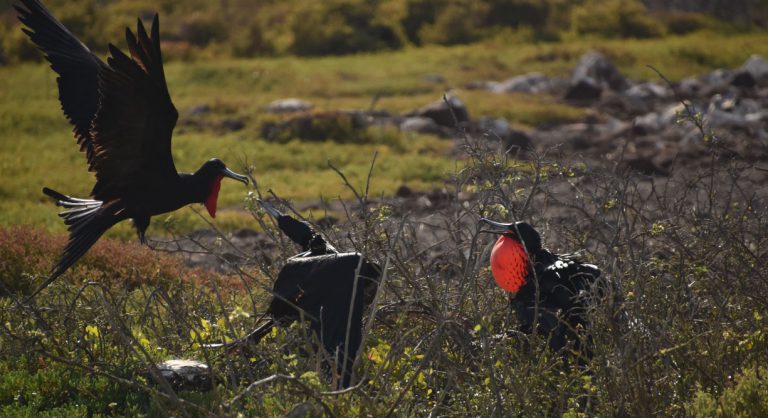 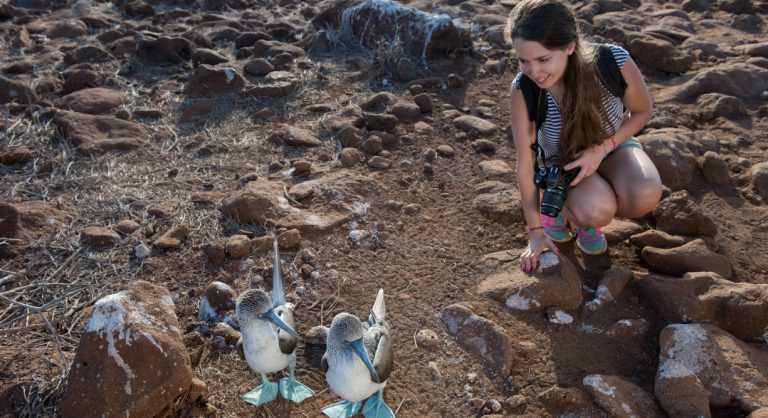 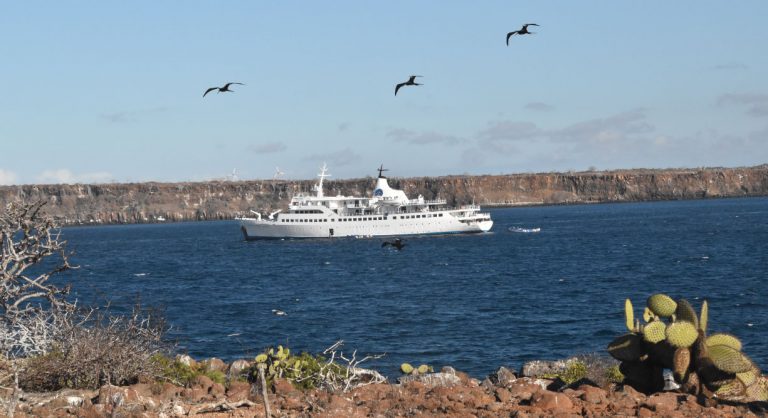 It is a fascinating place to see blue-footed boobies nesting and frigatebirds colonies.

This is perhaps one of the busiest tourists destinations on the Archipelago, right next to Baltra Island (where the airport is located) and not far from Santa Cruz.  North Seymour is a fascinating place with open nesting grounds of blue-footed Boobies and the archipelago’s largest colonies of Great and magnificent Frigate birds. You will also encounter sea lions, swallow-tailed Gulls and on a lucky day, you might even come across a Galapagos Snake.

North Seymour is a tectonic uplift. In terms of its geology, it is the result of the earth’s crust uplifting from below sea level, and this has created a potpourri of geologic formations. This phenomenon causes the island cliffs to drop dramatically into the ocean. Crustaceans, reptiles and plant species can be found here, many of which inhabit the intertidal zone (or foreshore),

The ground is at and strewn with Palo Santo or holy stick trees (a type of sandalwood noteworthy for its strong aroma) and gray saltbush, among white-splashed rocks. While walking, make sure you don’t step on any blue-footed booby nests. They won’t move, but you can. Respect their space and always follow the trail. 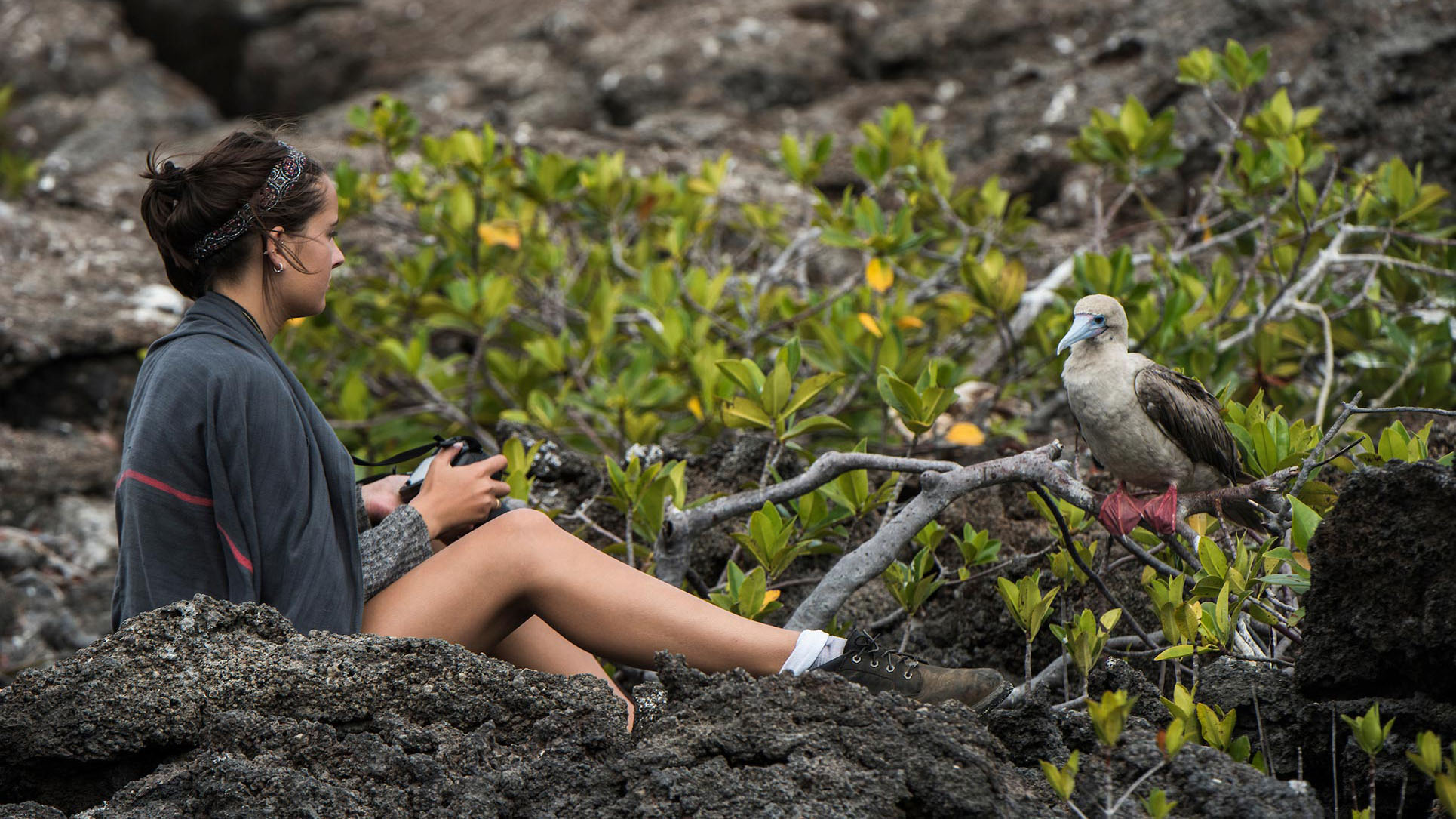 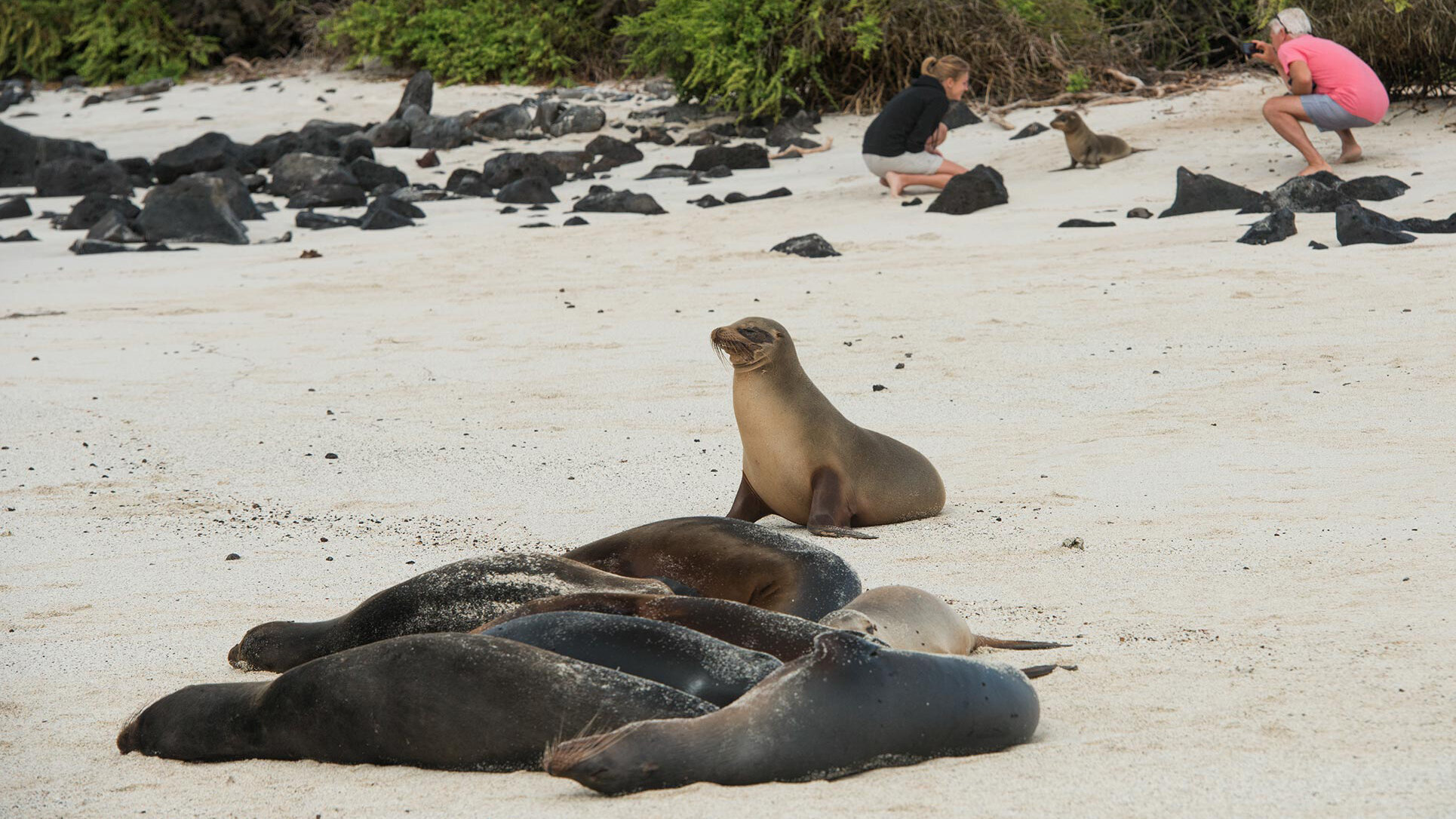 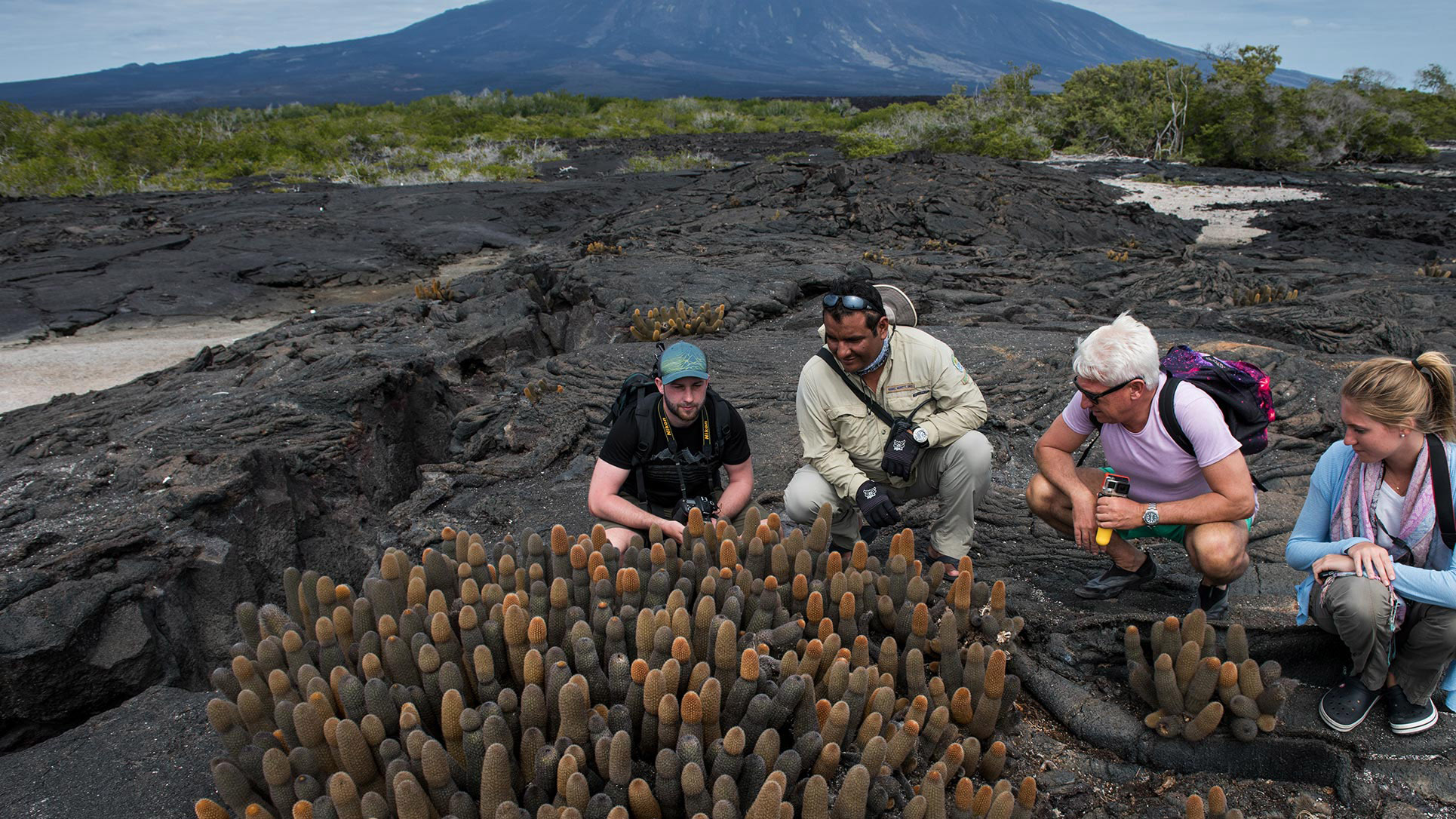