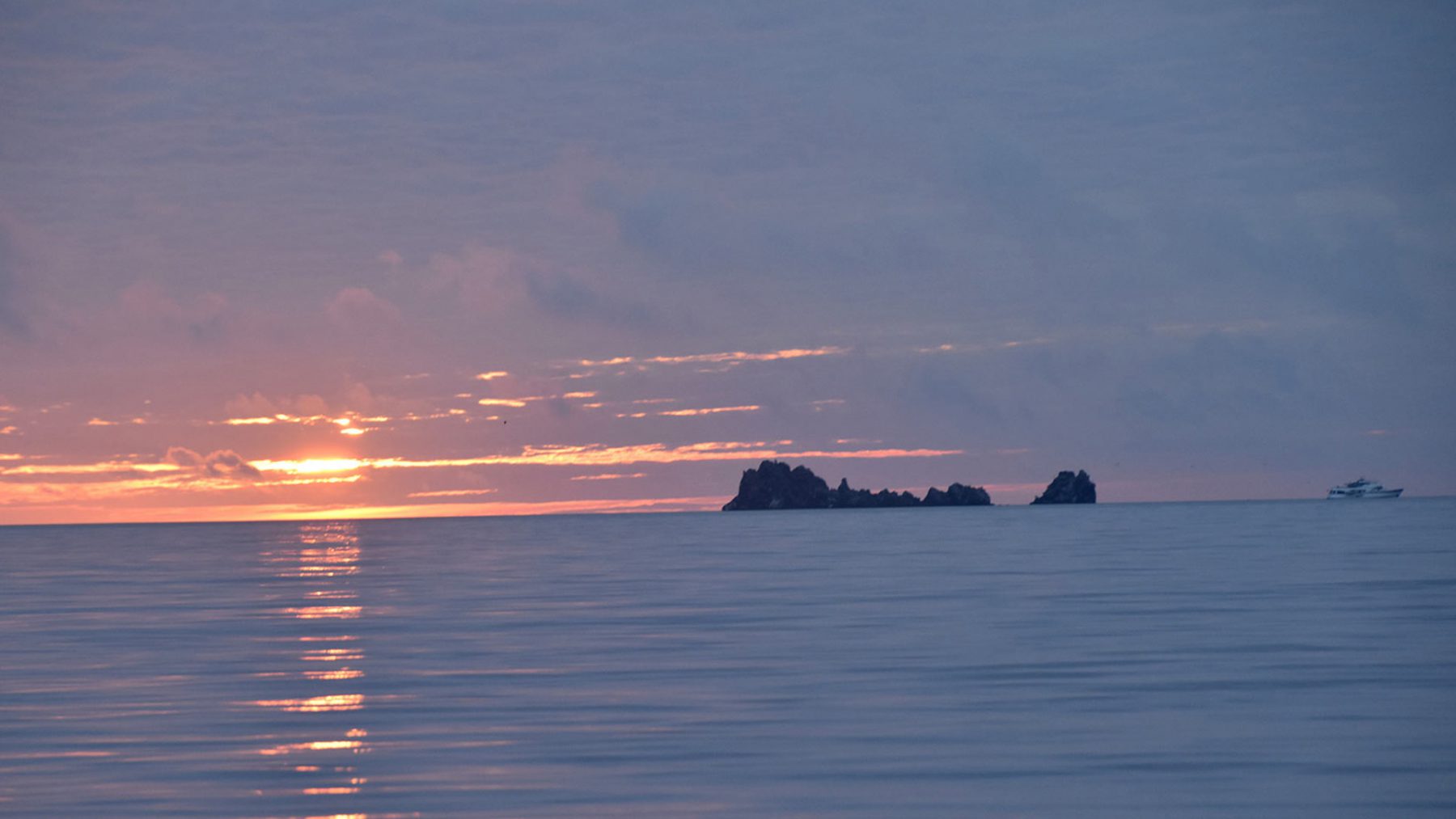 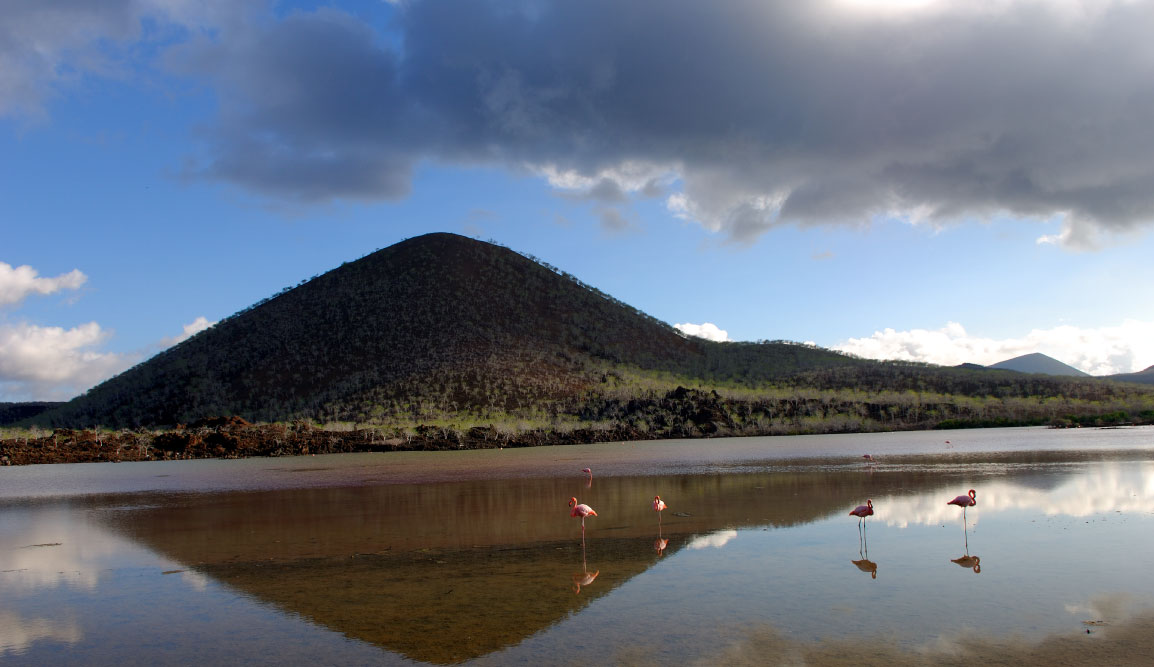 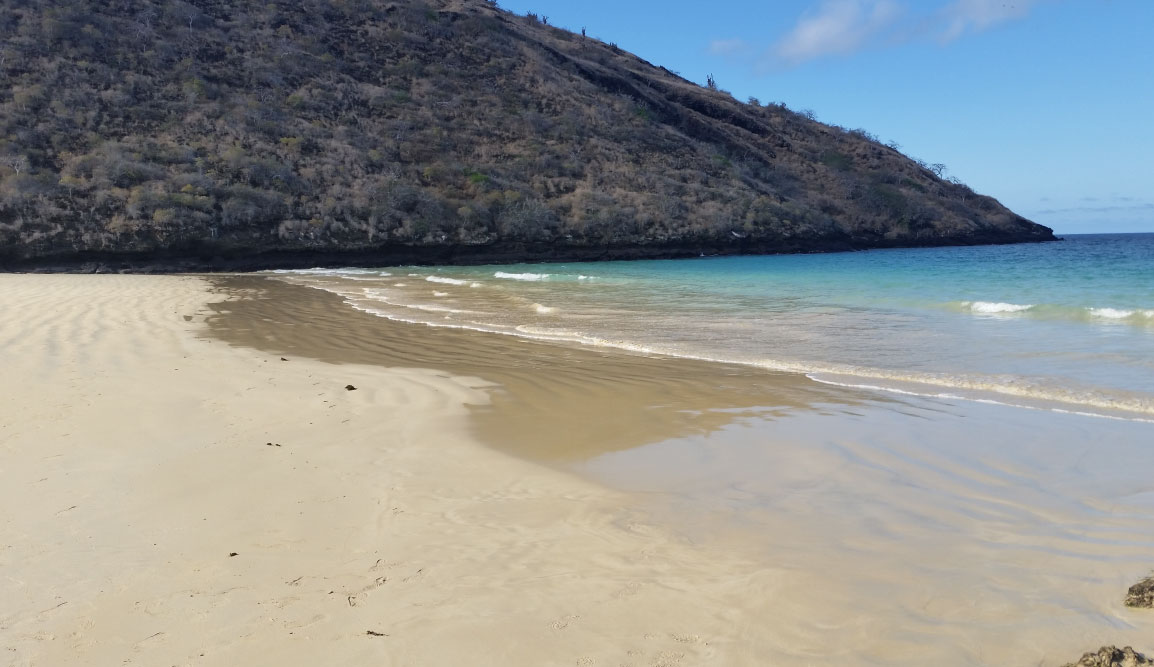 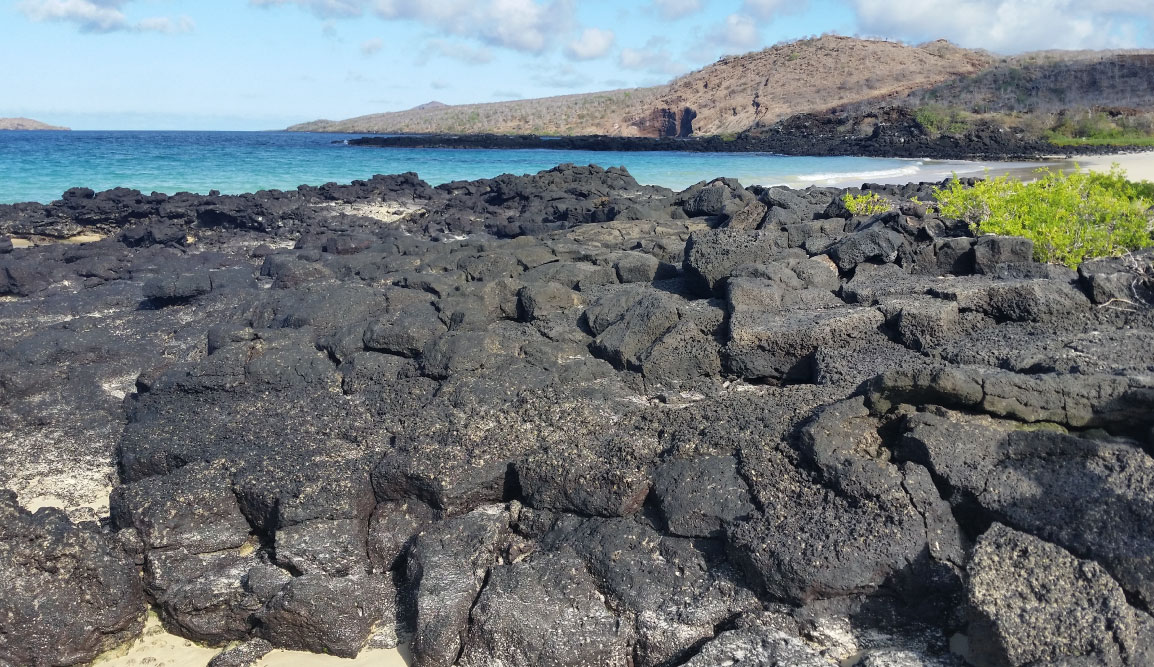 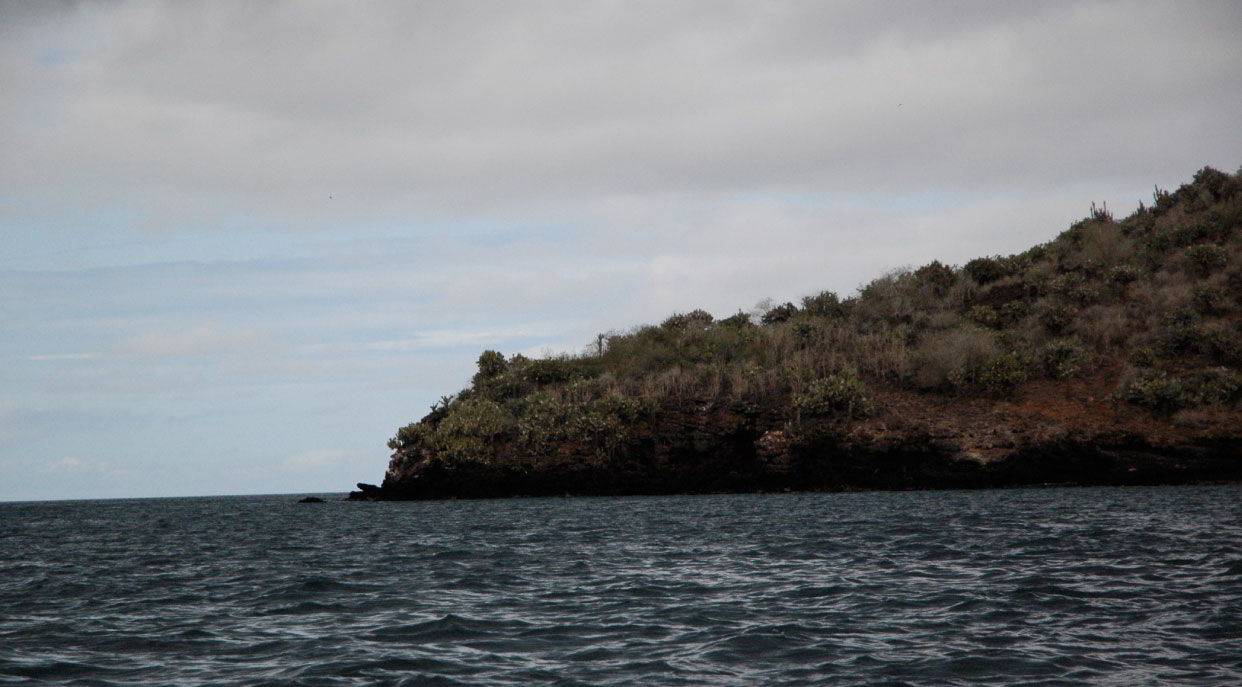 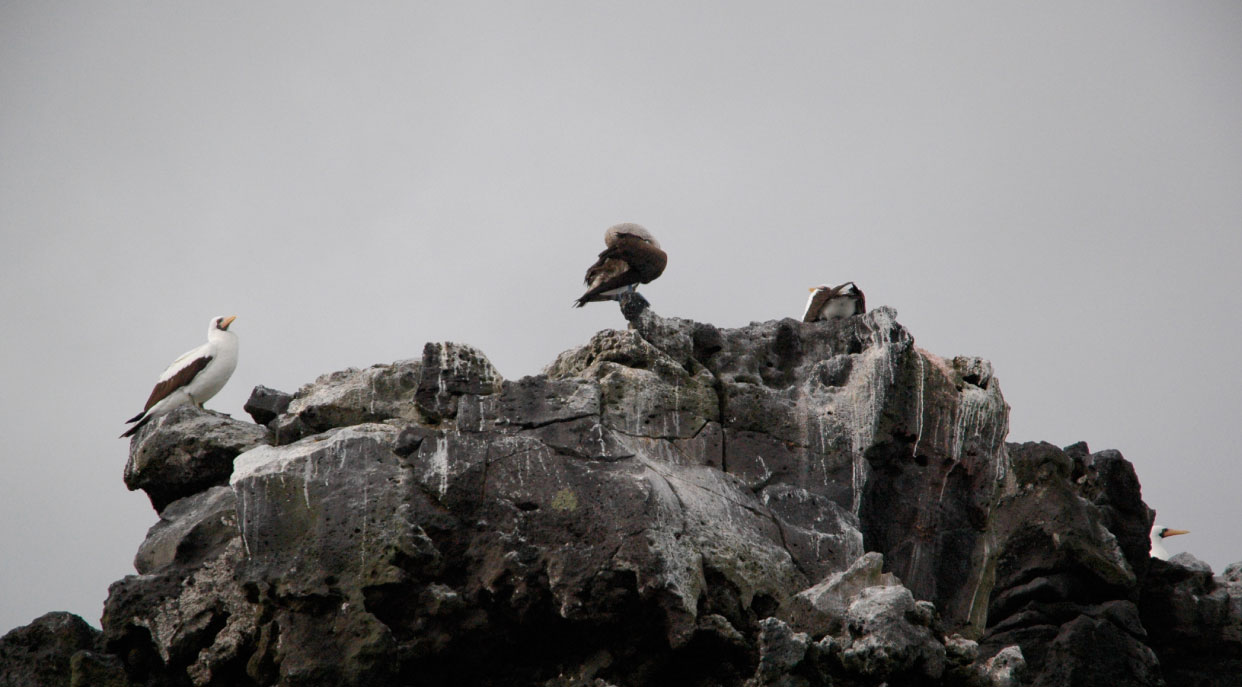 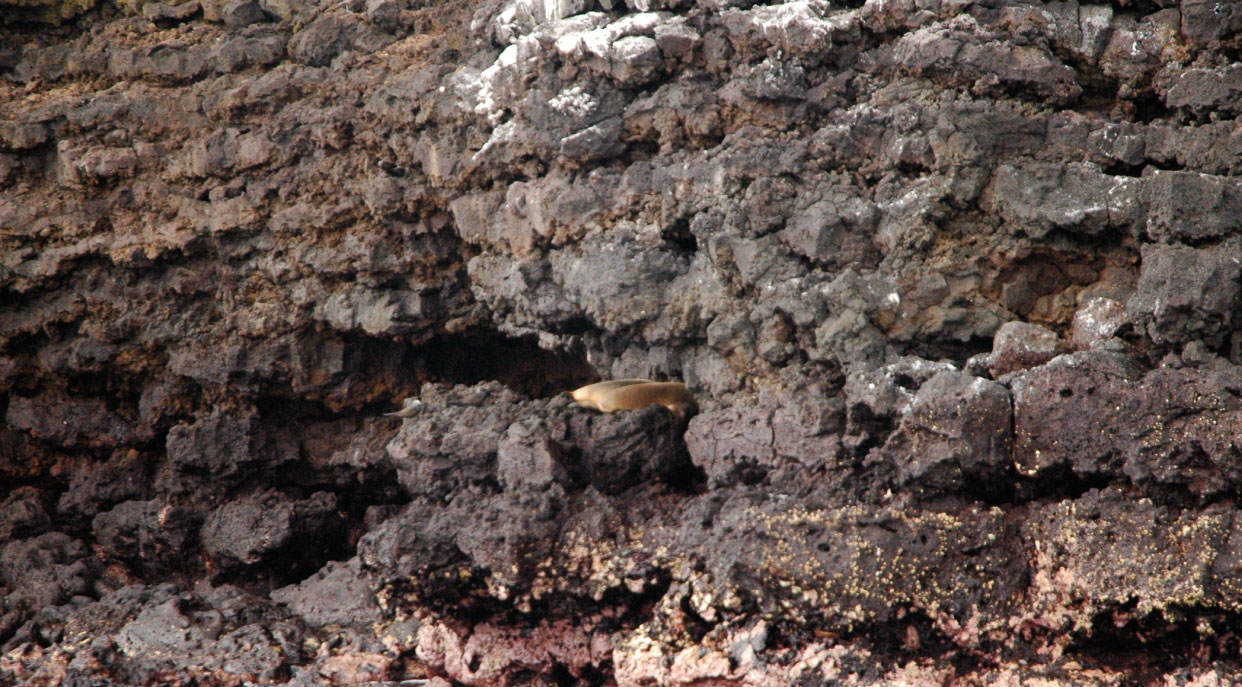 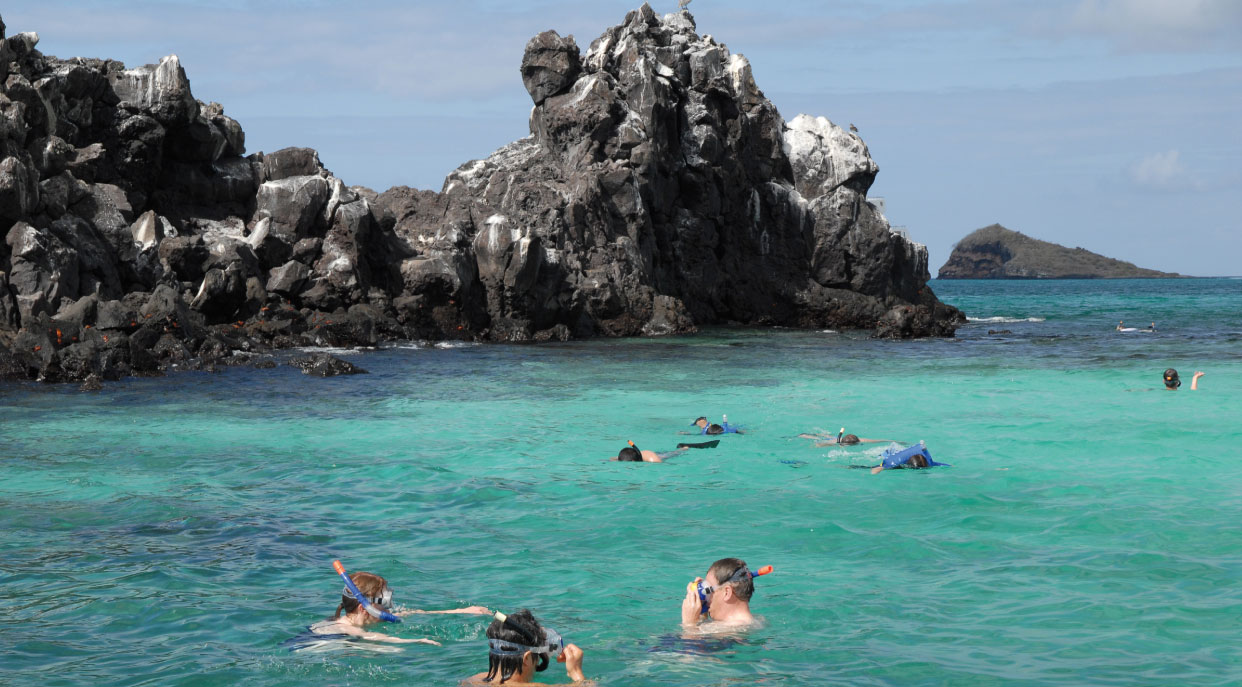 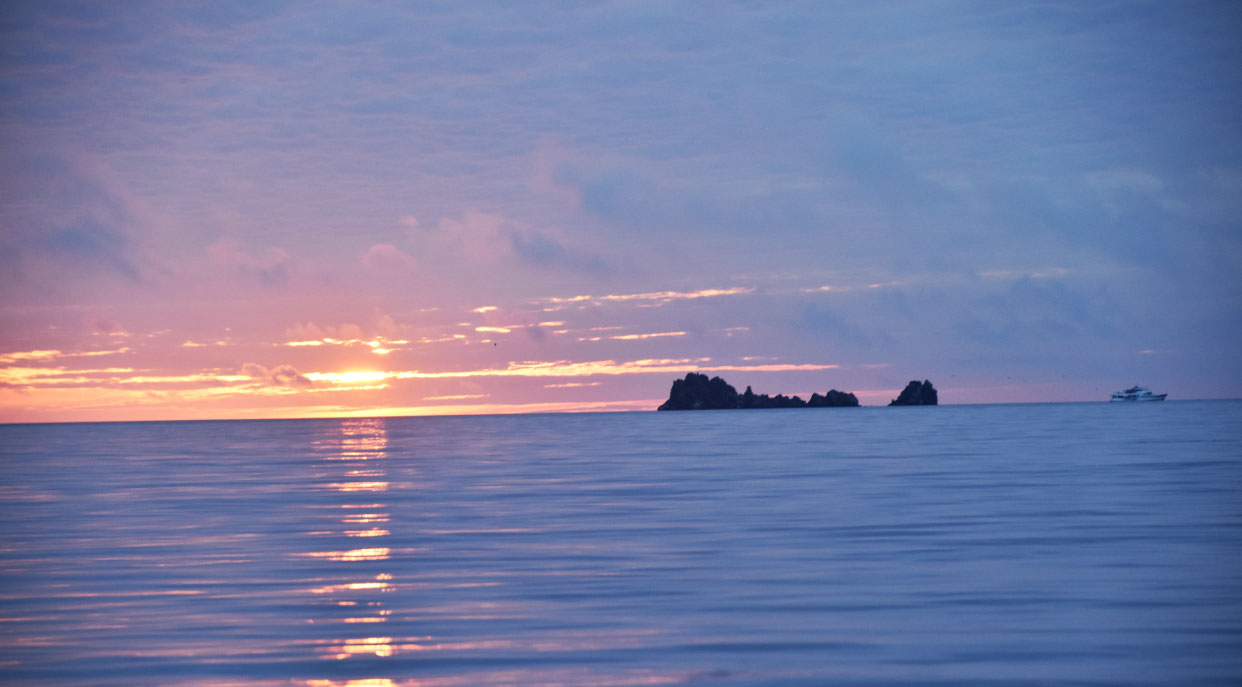 Cormorant Point on the archipelago’s southern Floreana Island, features a golden-greenish beach rich in olivine. It`s a collection of volcanic crystals originating in the Earth’s mantle and composed of aluminum, silica, magnesium and iron, as well as eroded tuff remains, all of which are responsible for the sand’s unique color.

Not far inland, a brackish lake home to a variety of migratory and coastal birds, is also ideal for flamingo-watching. Here, there’s quite a large percentage of flamingos living in one single pond considering that the entire population of Galapagos Flamingos amounts to only about 1,200 to 1,500 individuals scattered across the archipelago.

Flamingos tend to migrate from island to island searching for food but never attempting to fly toward mainland Ecuador. Their ancestors come from the Caribbean.

The trail continues to a beautiful white-sand beach, one of the most important nesting sites of Green Pacific Sea Turtles. It is important to avoid walking in the water due to the Sting Rays that may be hiding in the sand, which can be dangerous if accidentally stepped on. From the beach, one can spot sea turtles, blue-footed boobies plunging into the water, and small reef sharks floating along the shoreline in search of food.

This coral-sand beach marks the end of our trail. We head back to the olivine beach we landed on to swim or snorkel amongst sea turtles, reef fish, sea lions and white-tipped reef sharks (on a good day). A small colony of penguins resides on Floreana and can sometimes be observed as well.

Champion Islet, named after the whaler Andrew Champion, is a small islet located just offshore Floreana Island in the southern part of the Archipelago. It’s considered as one of the most beautiful places on Galapagos for snorkeling.

The islet is impressive for its wide variety of seabirds like blue-footed boobies, Nazca boobies, swallow-tailed gulls, herons, frigate birds, pelicans and the beautiful red-billed tropic birds. It is also impressive because of the unique Floreana (Charles) mockingbird, now present only on this islet due to the destruction of its habitat in other Islands by introduced animals.

Devil’s Crown is an old eroded, semi- submerged, volcanic cone where you can spot penguins, sea lions, sea turtles, dolphins and colorful fish. It`s one of the best snorkeling sites in the Galapagos because of the coral reef in the middle which is a perfect attraction for marine life. There can be strong currents and you should not attempt to snorkel unless you are a skilled swimmer.