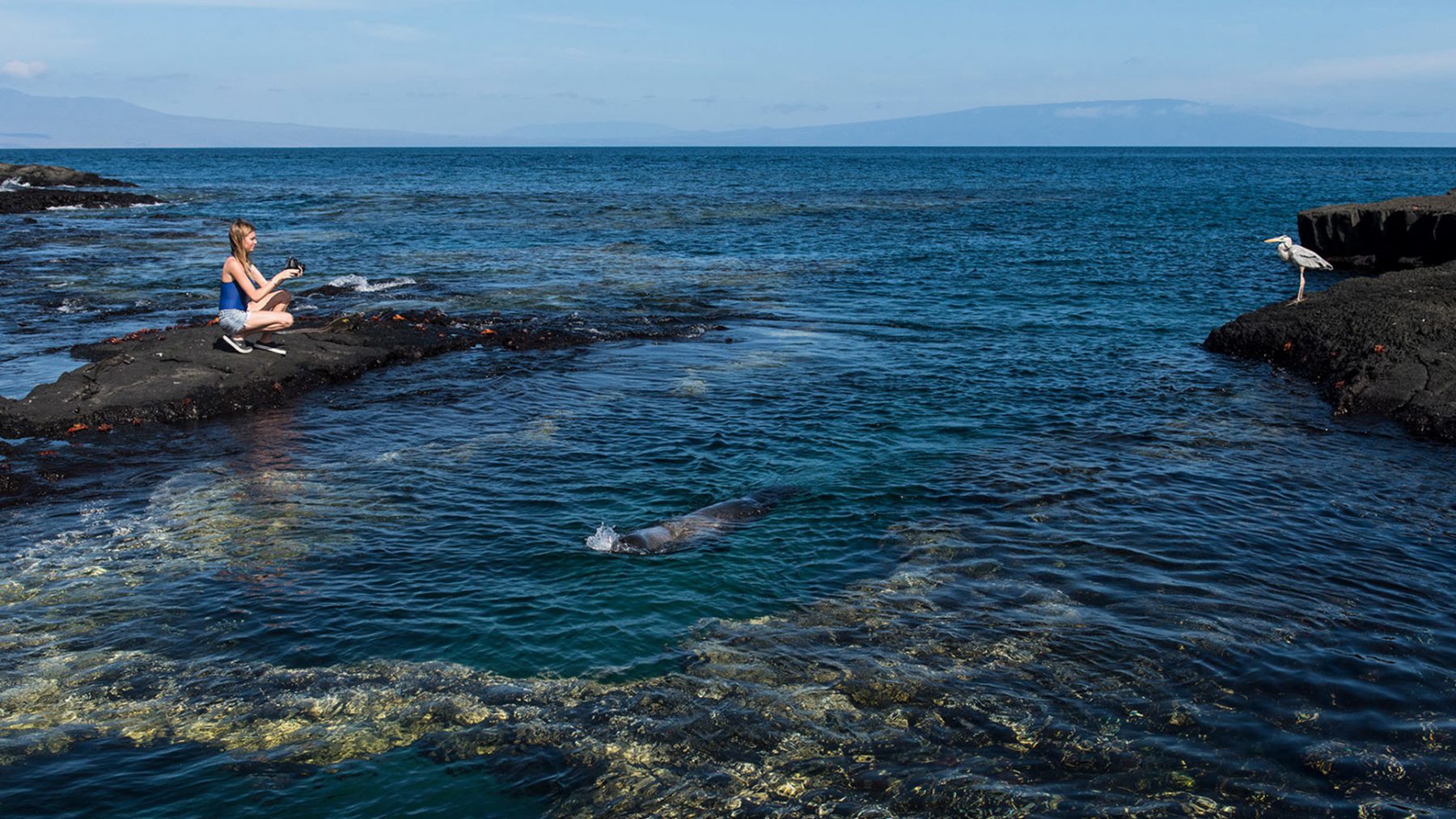 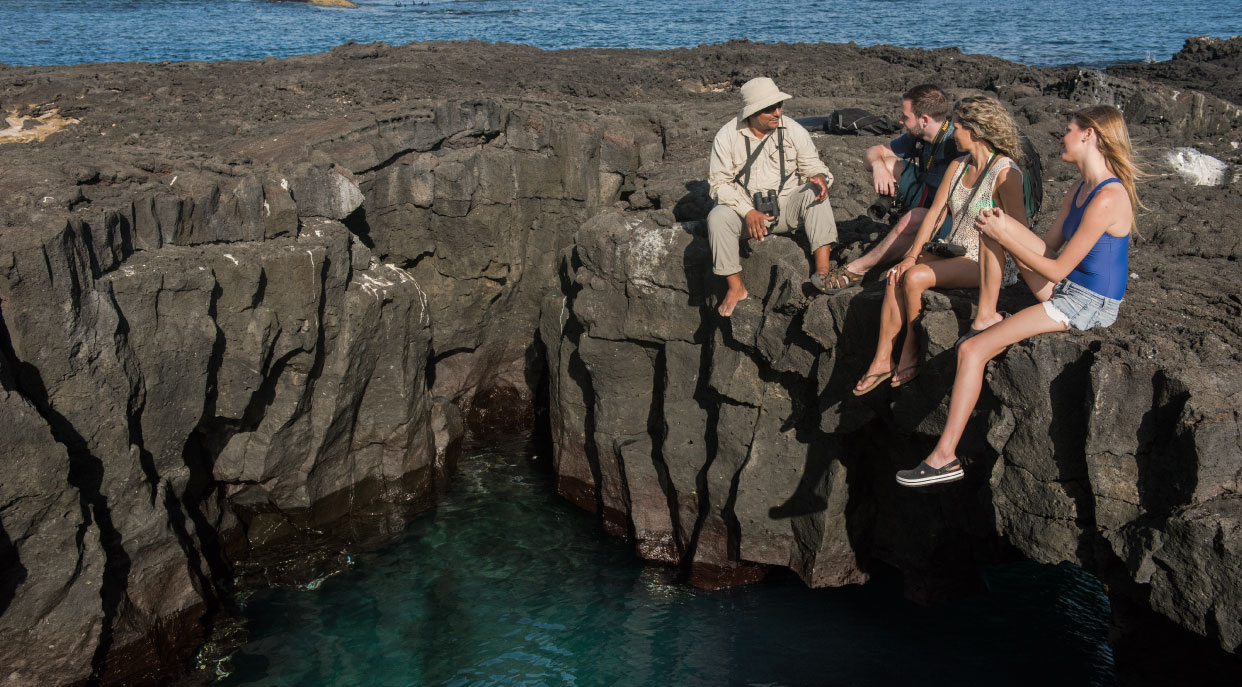 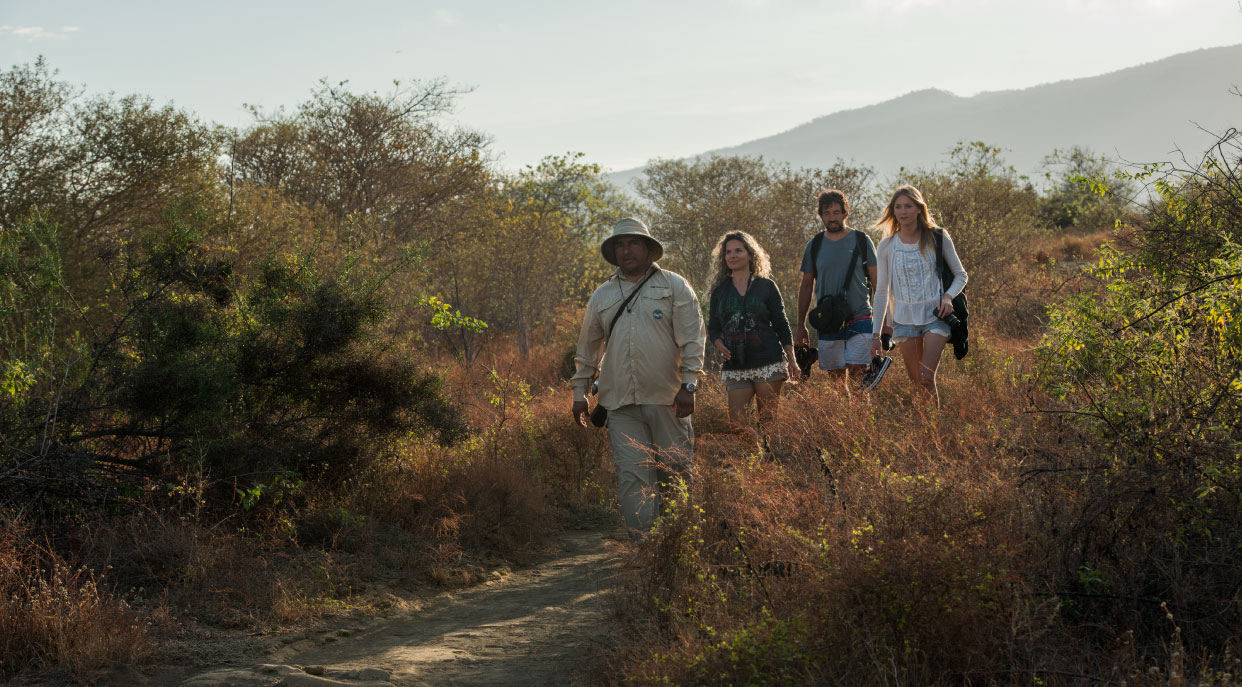 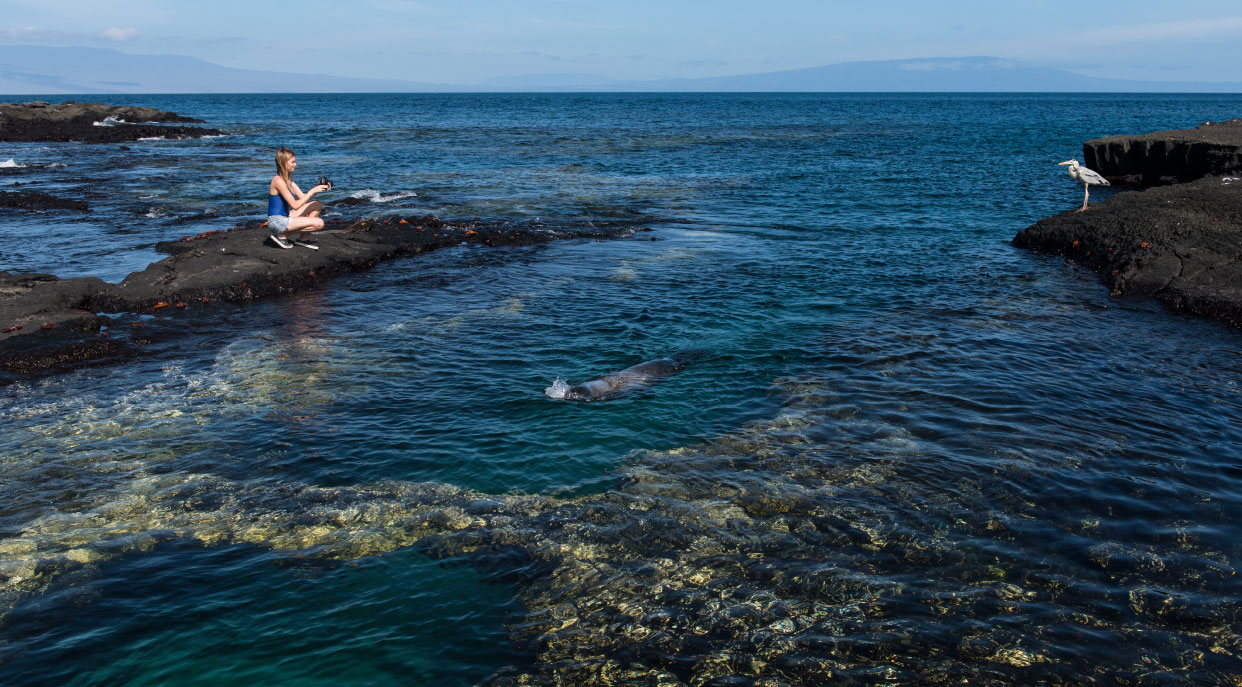 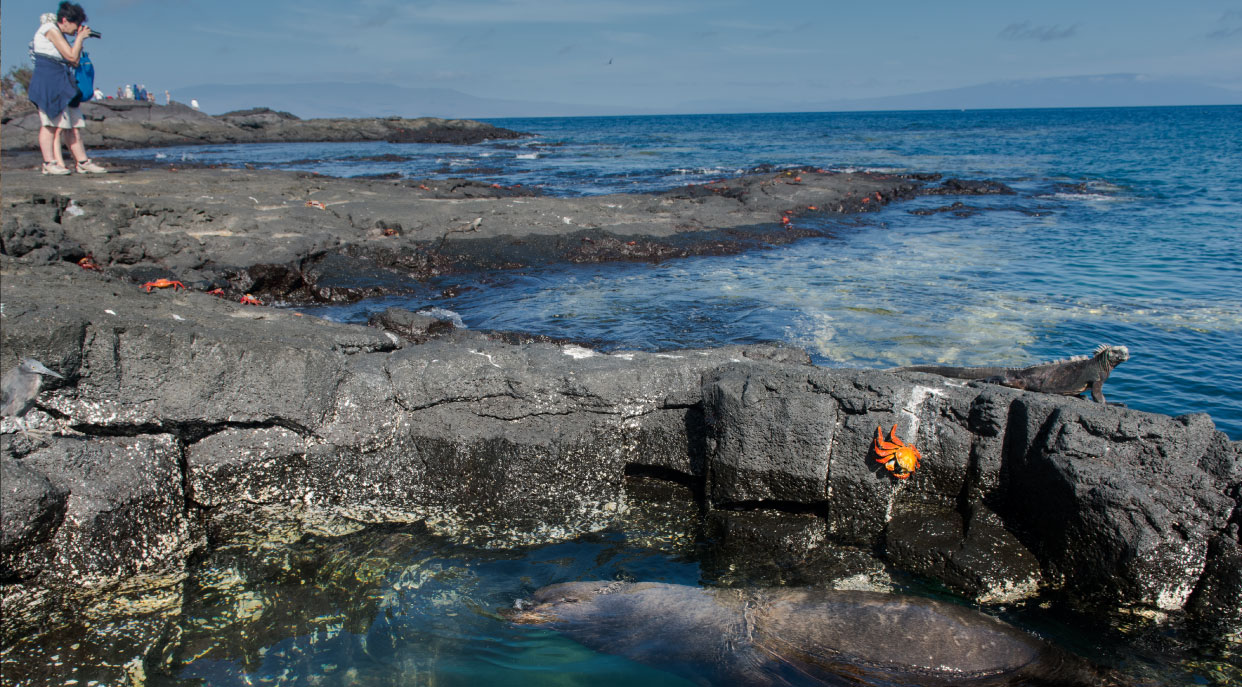 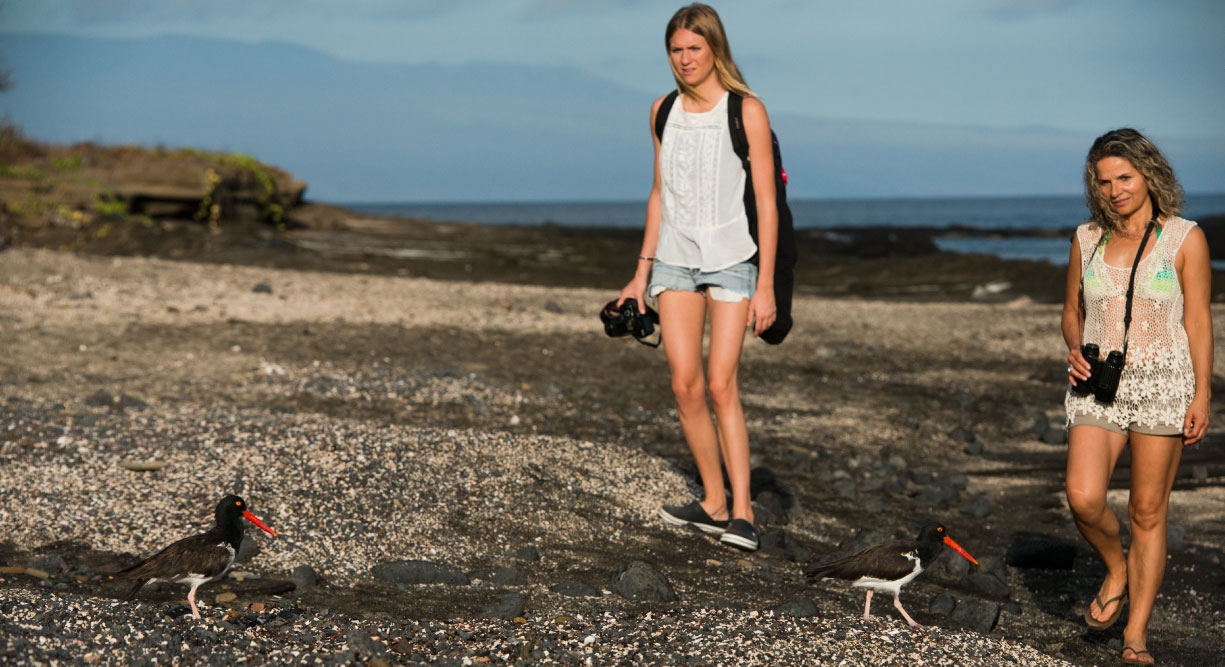 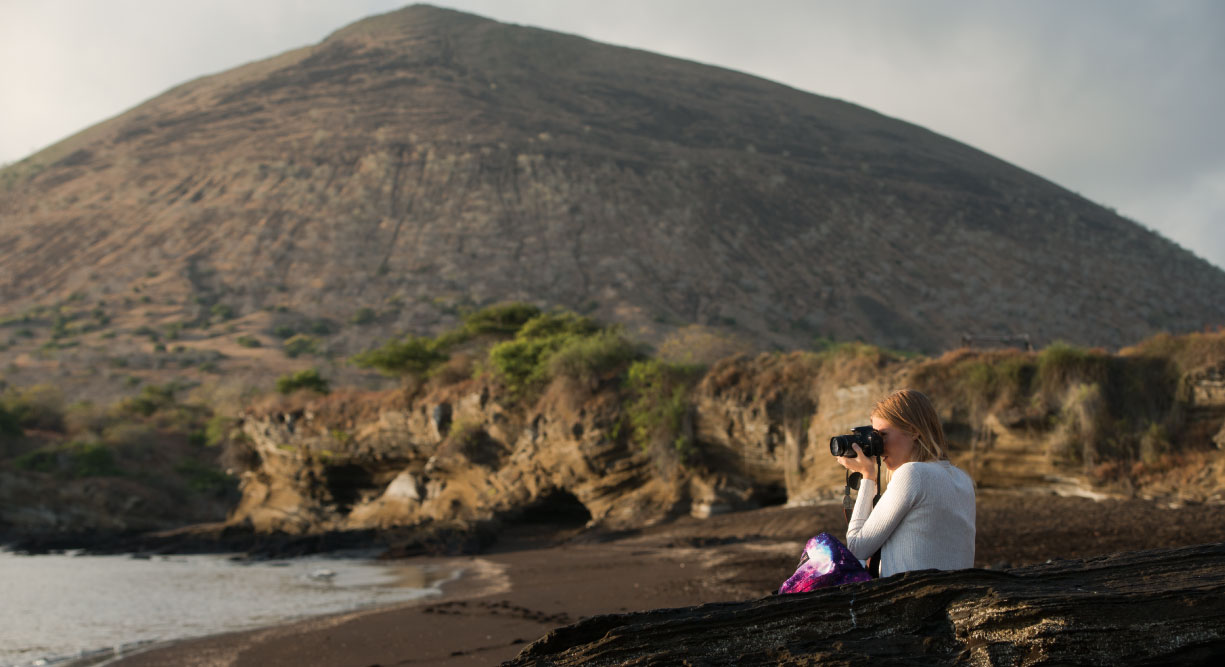 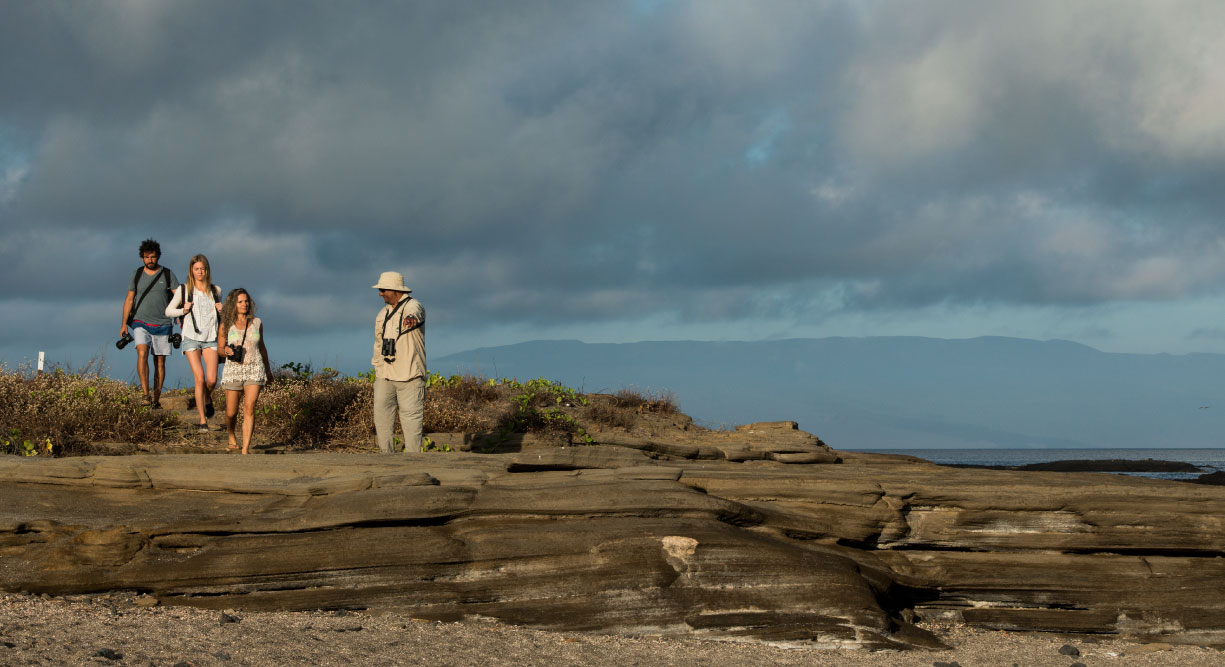 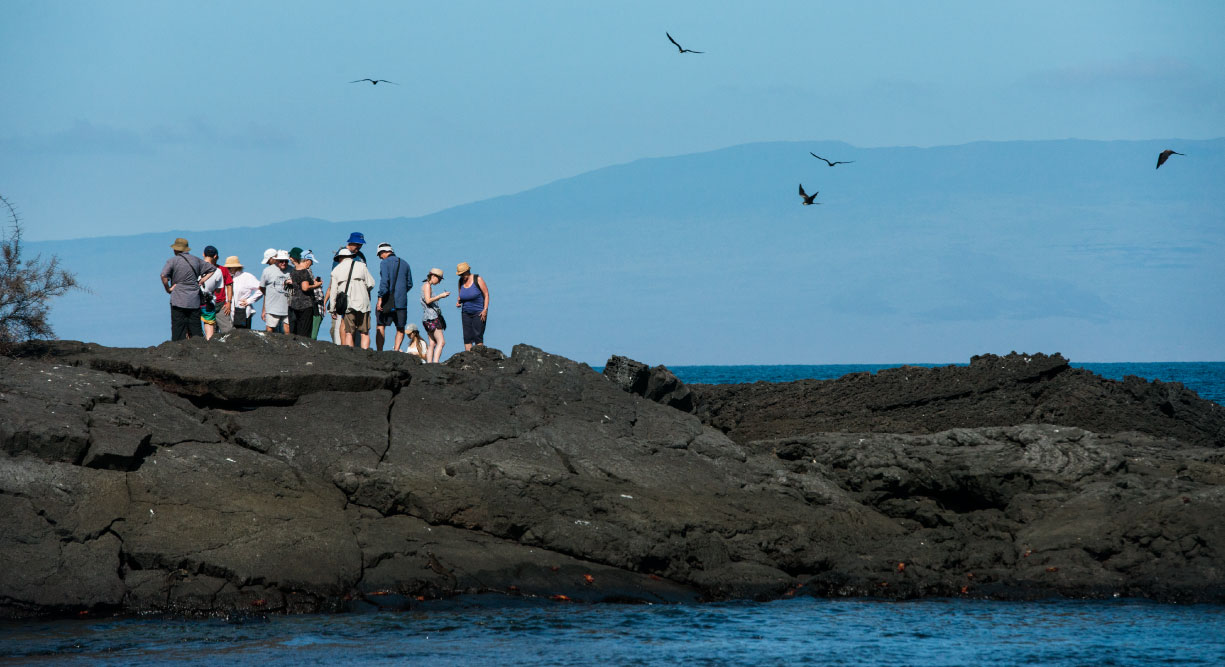 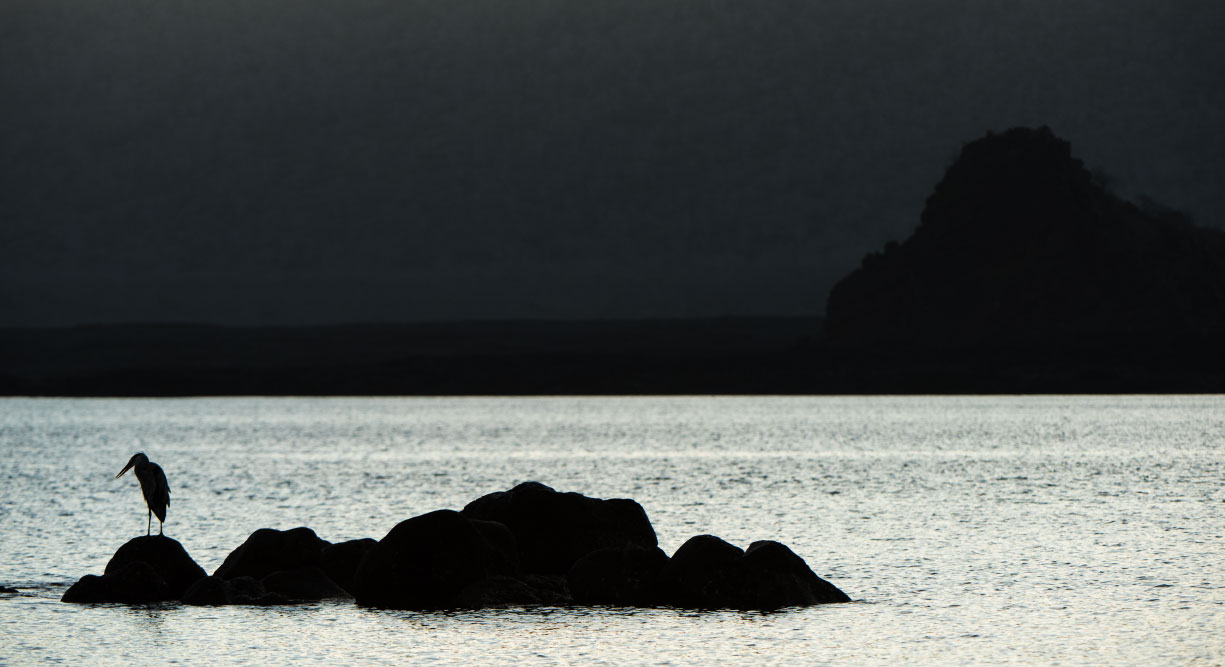 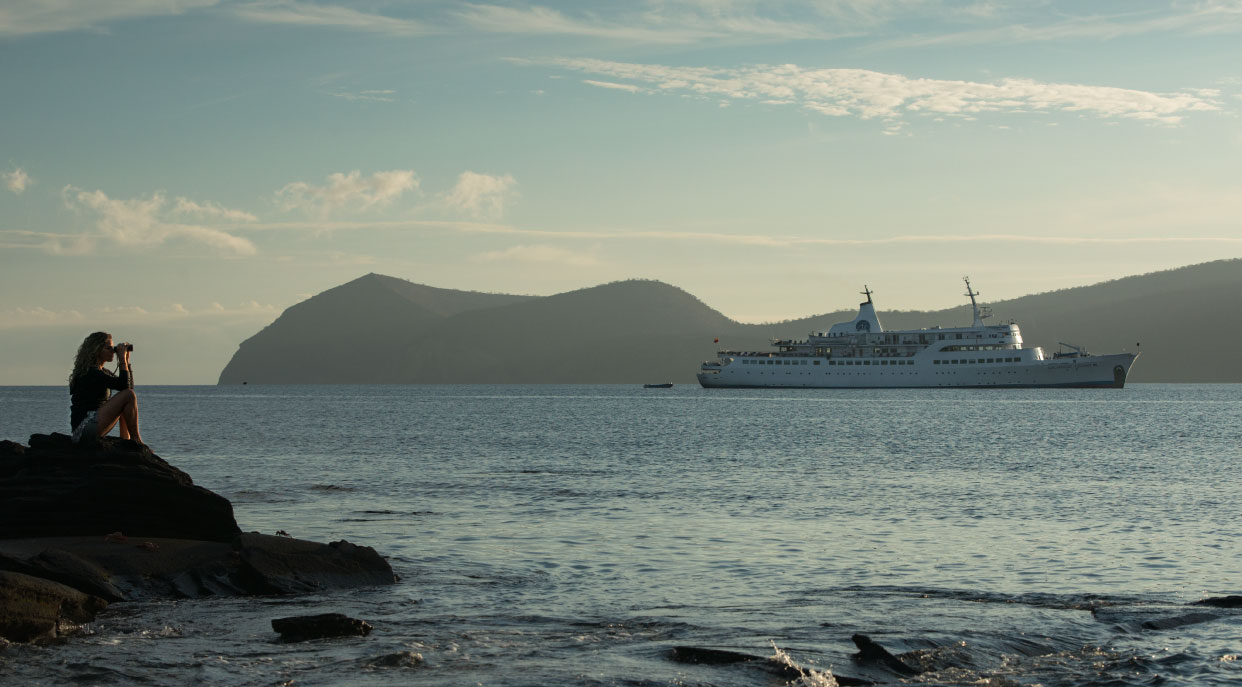 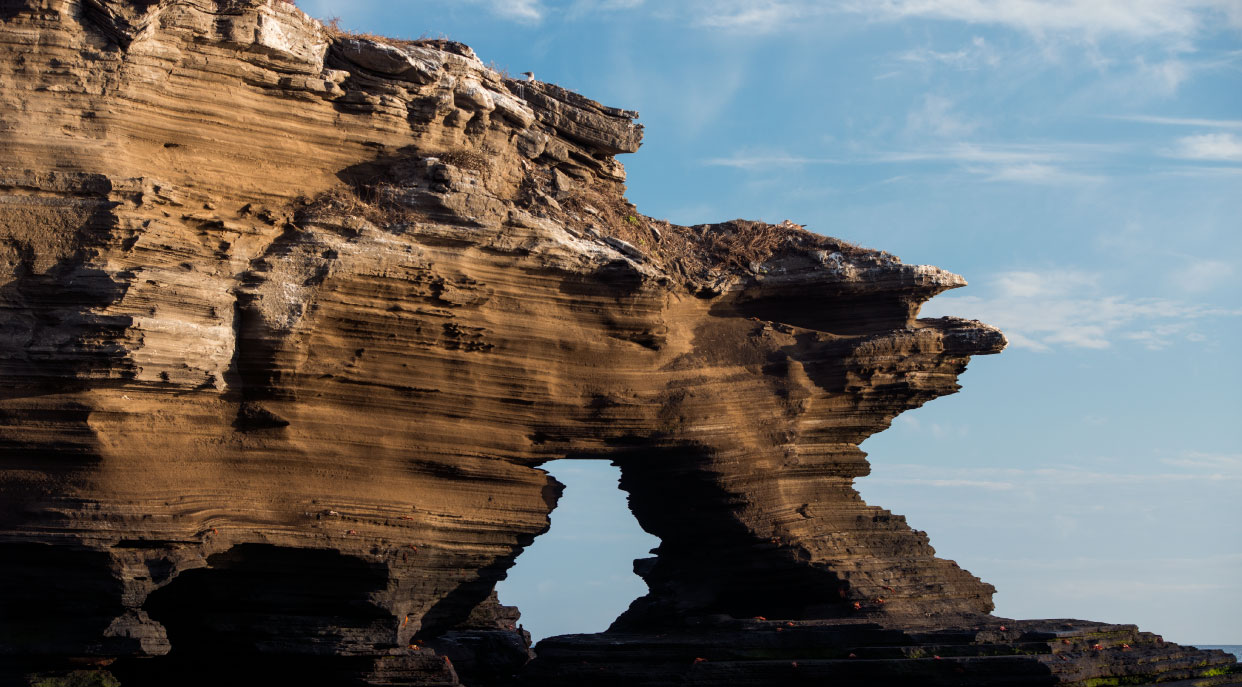 Egas Port named in honor of Jorge Egas, an entrepreneur who explored the island in the 1930s and opened a salt mine at the foothill of “Sugarloaf” Volcano. The site was actually visited in 1835 by the HMS Beagle and Charles Darwin, who described in his journals, a group of Spaniards salting tortoise meat with the salt extracted from the area.

Along the shore, you can also find various bird species such as pelicans, blue-footed boobies, lava herons, yellow-crowned, night herons (locally called huaques), semi-palmated plovers, willets, yellow warblers, finches, and the highly territorial American oystercatchers, which usually lives in pairs that can occupy large extensions of the shoreline. We can also see sally light-foot crabs and large colonies of marine iguanas sunbathing on the volcanic rocks.

You have the option to visit the Salt Mines a trail of an approximate distance of 4 mi (8 km) round trip. It is a salty lagoon that’s located inside a crater.