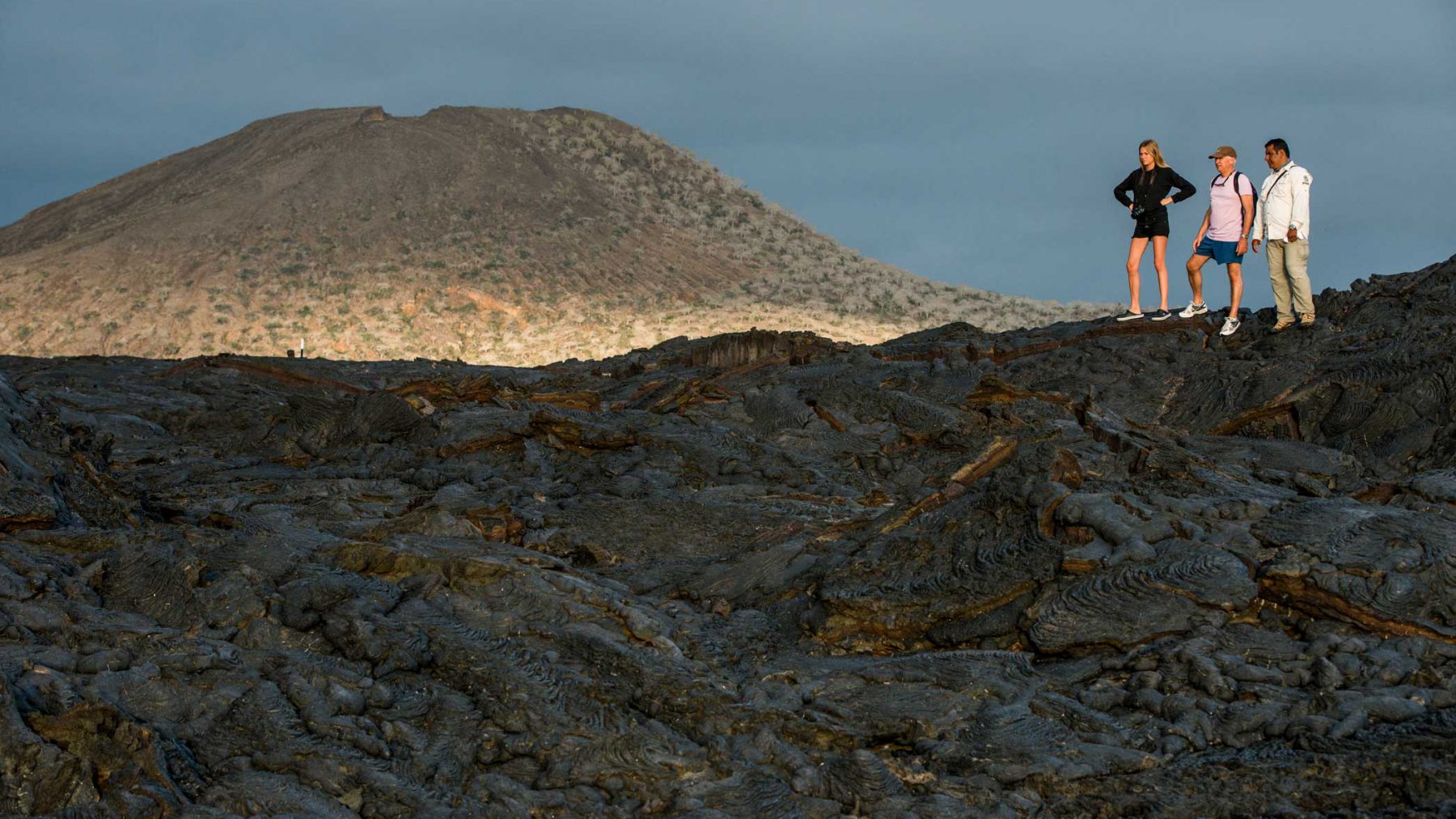 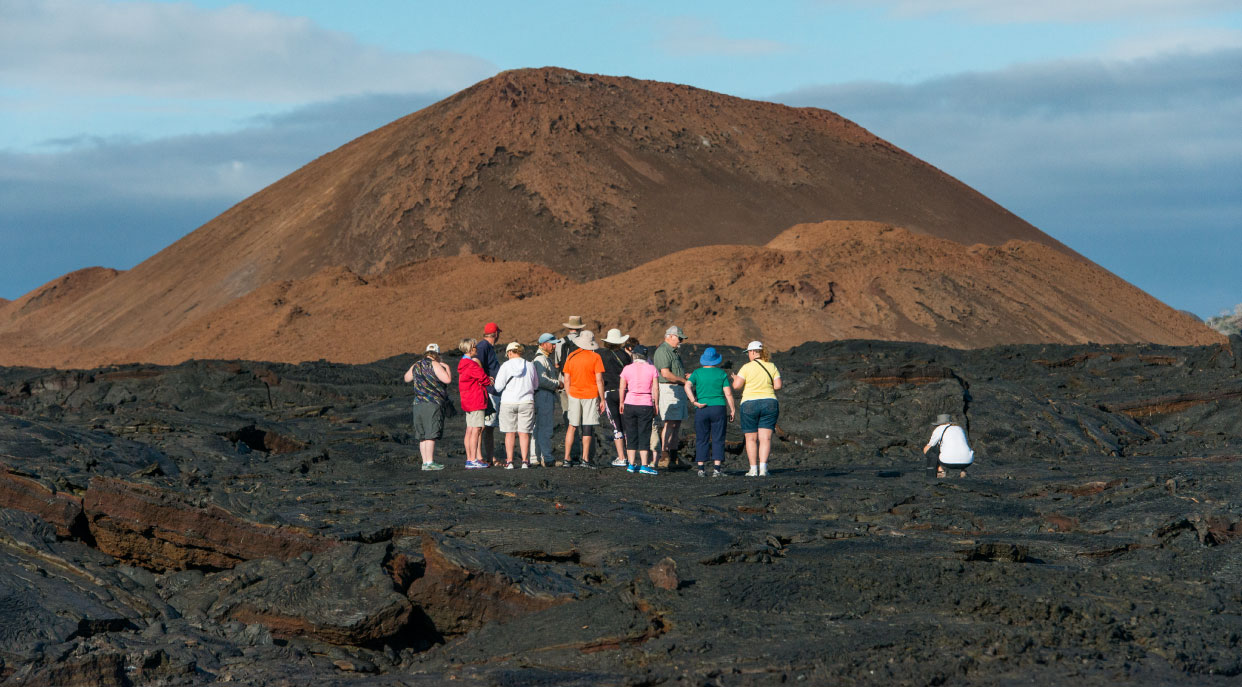 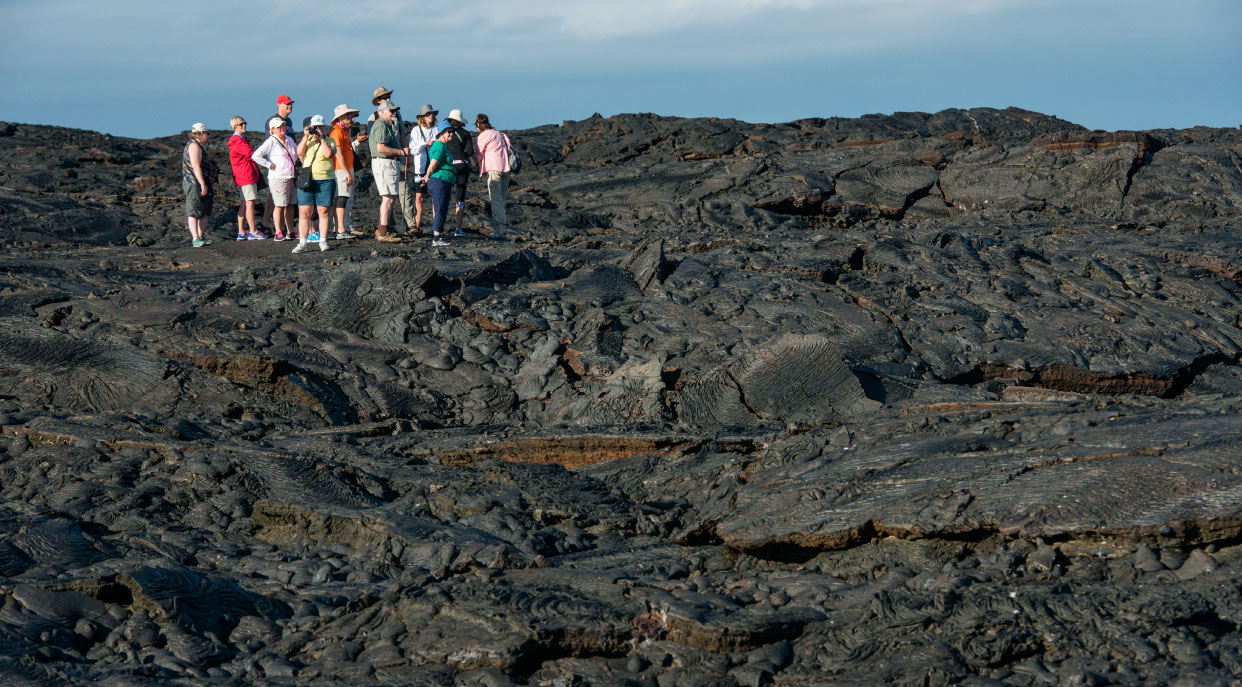 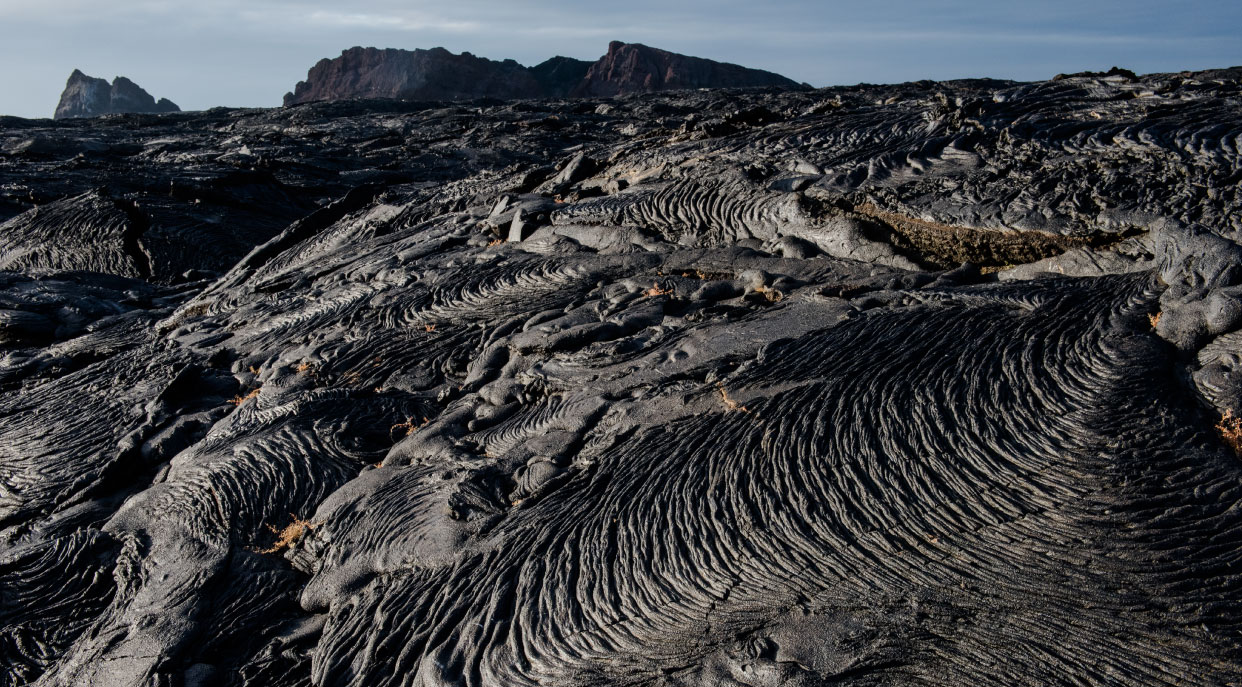 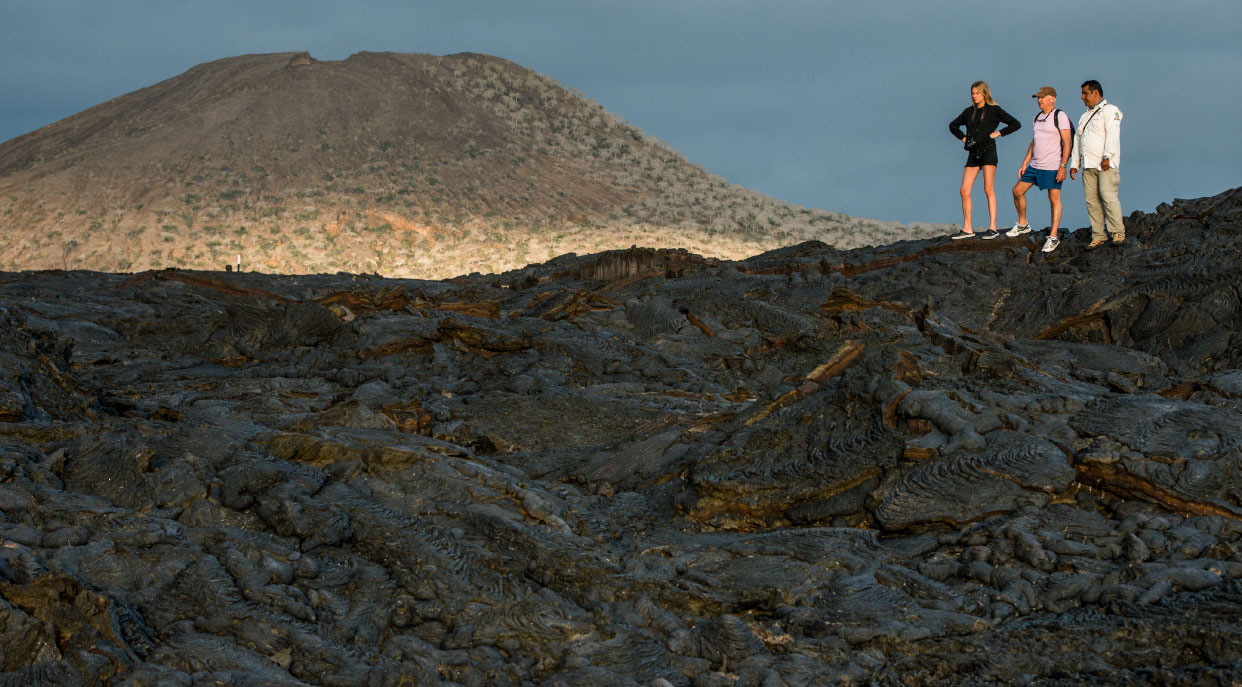 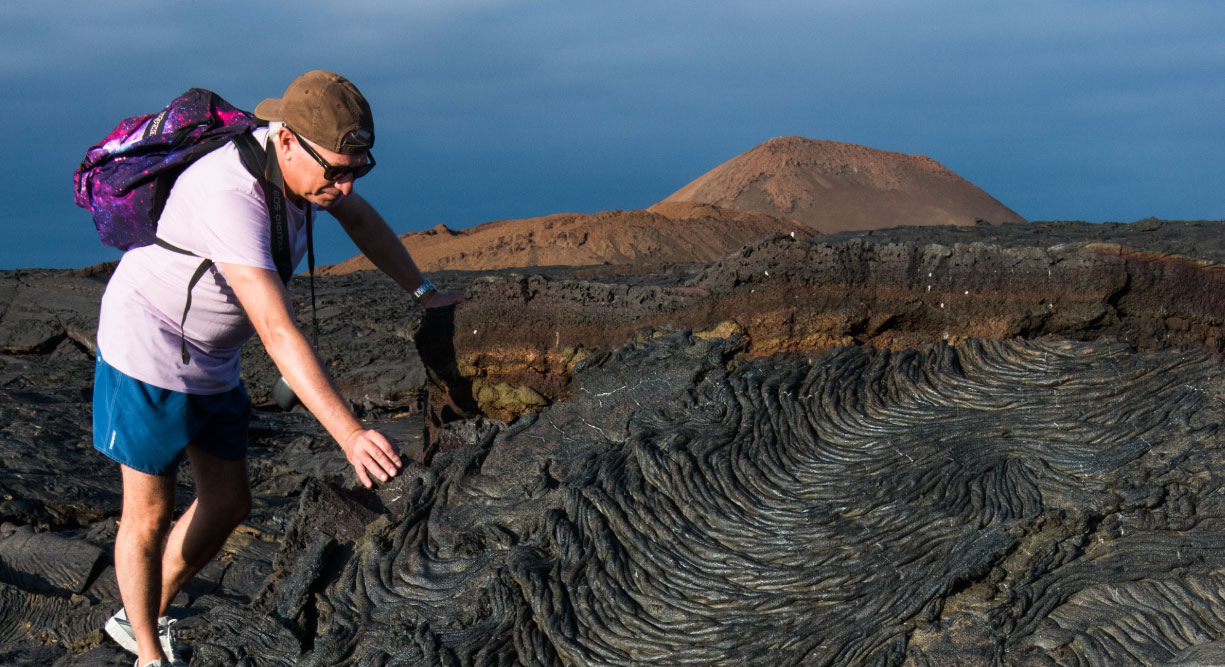 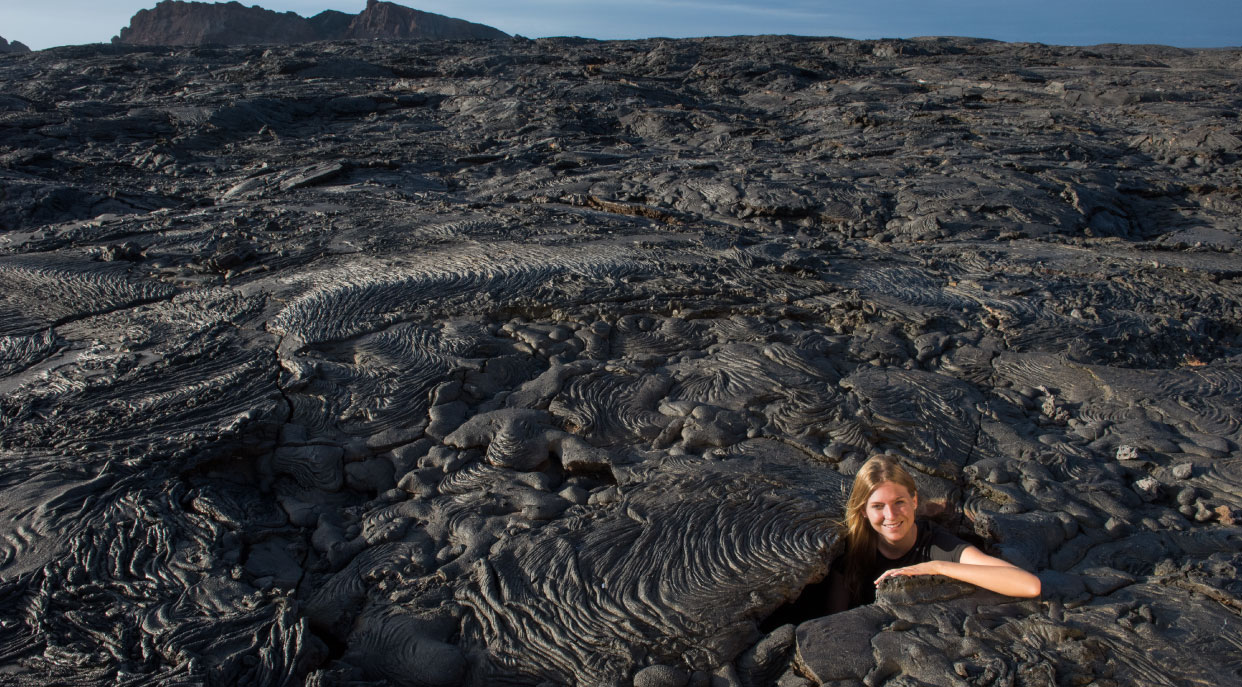 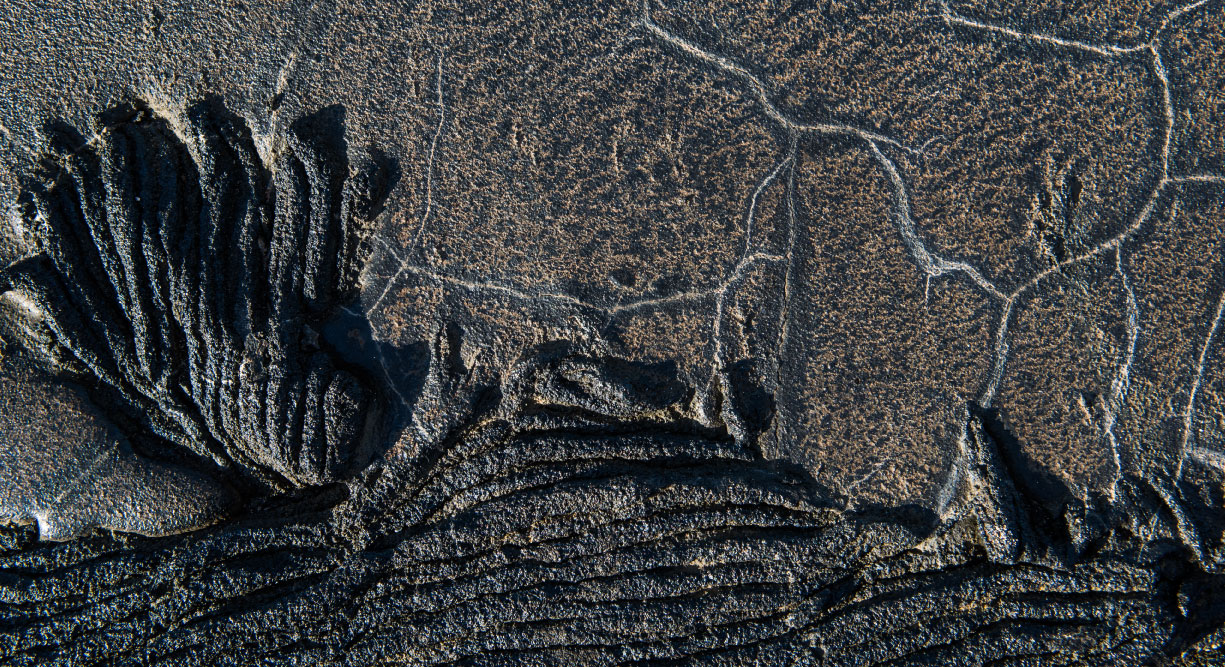 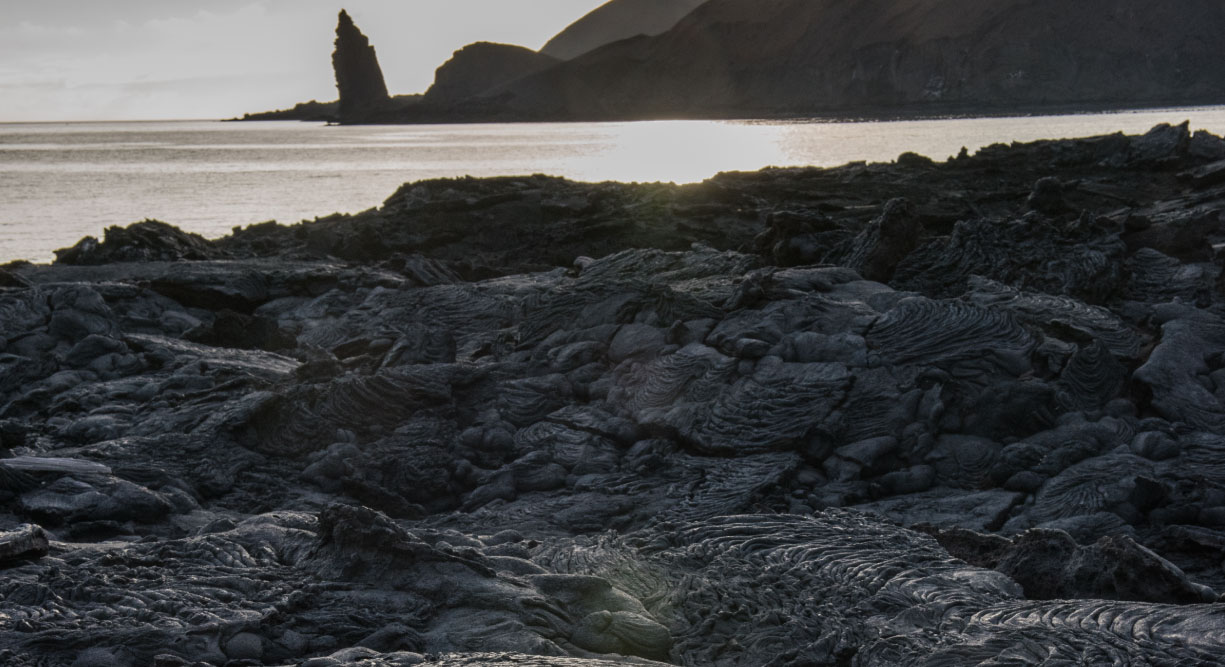 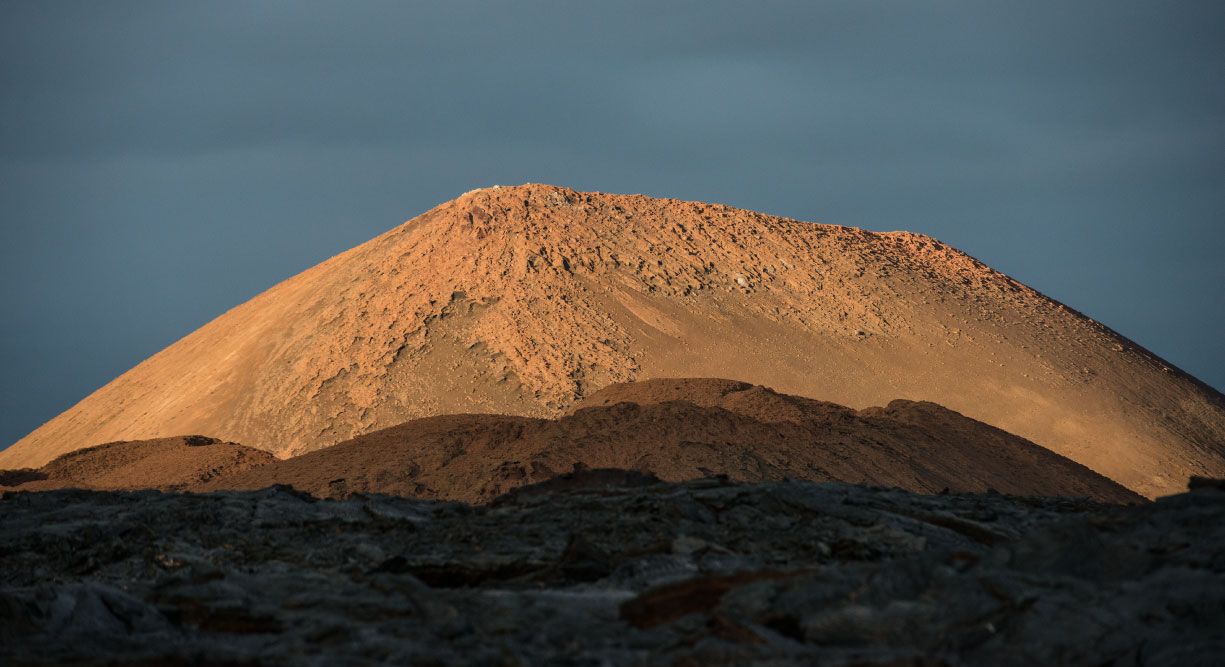 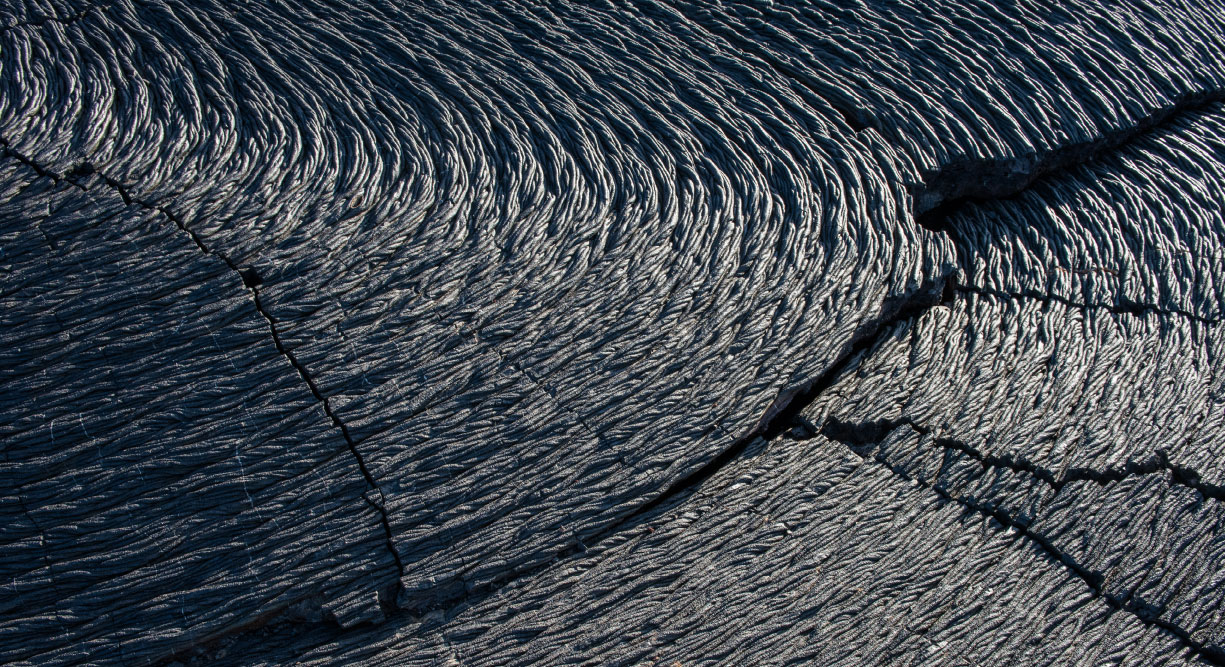 This visitor site is located at the southeastern portion of Santiago Island and represents a great important geologic interest; it features extensive lava flows which are believed to have been formed during the last quarter of the 19th century. The area is covered by Pahoehoe lava flows (Pahoehoe wich means in Polynesian language “easy to walk”); this type of lava is rare to the rest of the world but is common to the volcanoes of the Galapagos Islands and Hawaii, as they share the same volcanic origin.

You can see the path of lava flow as well as the various igneous rock structures formed from varying rates of flow, temperature of formation and pressure. Visitors can also find pioneer plants and “hornitos”, little ovens formed when bubbles escape from hot lava to form mini-volcanoes.

At 492 ft (150 m) from the beginning of the path, molds of some trees can be found. Details of the crust indicate that they were trees growing in small crevices where soil and moisture accumulate in sufficient quantity so they can grow.

After exploring the lava flow, you can swim and snorkel with playful sea lions off two small coralline beaches.