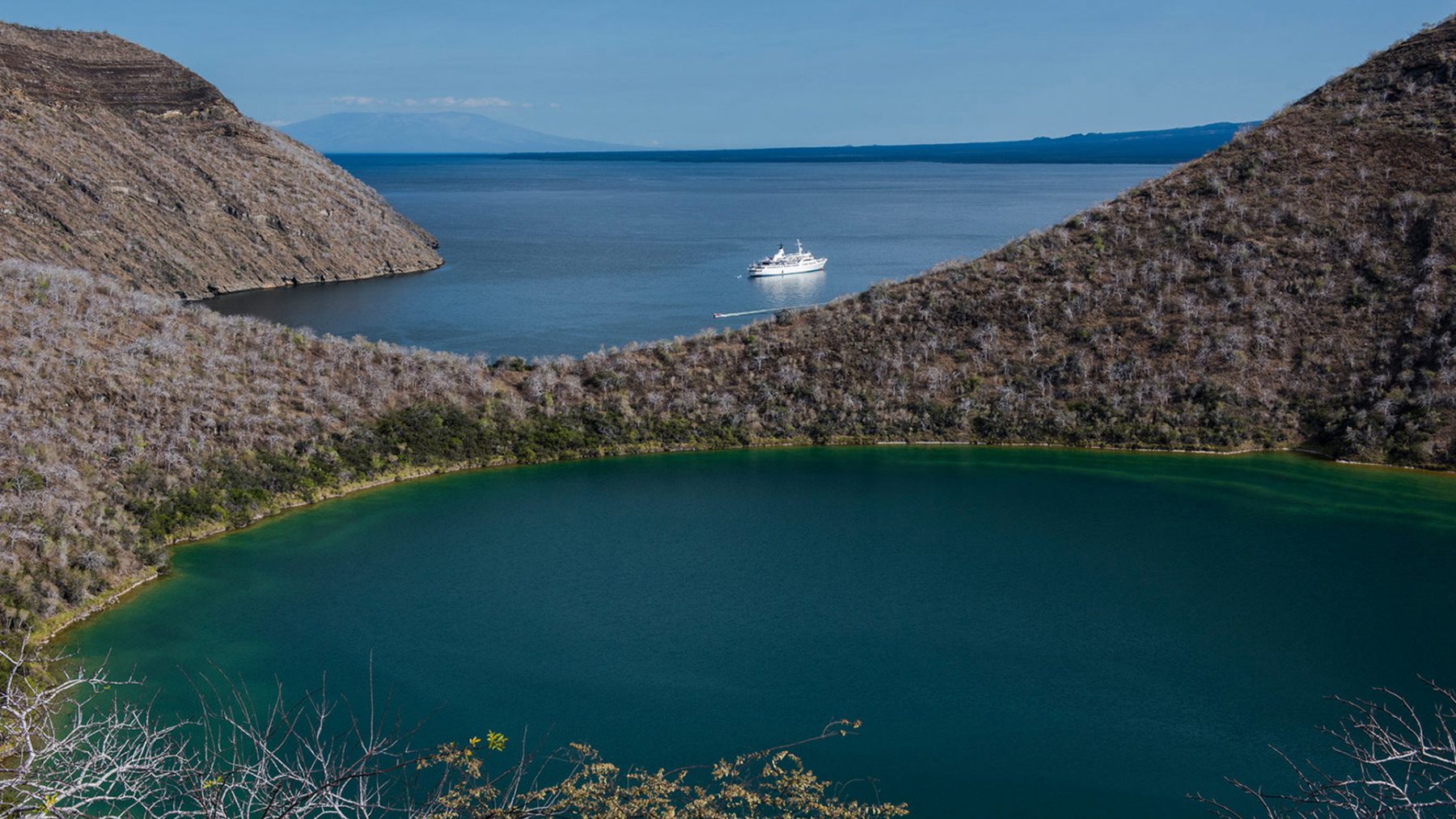 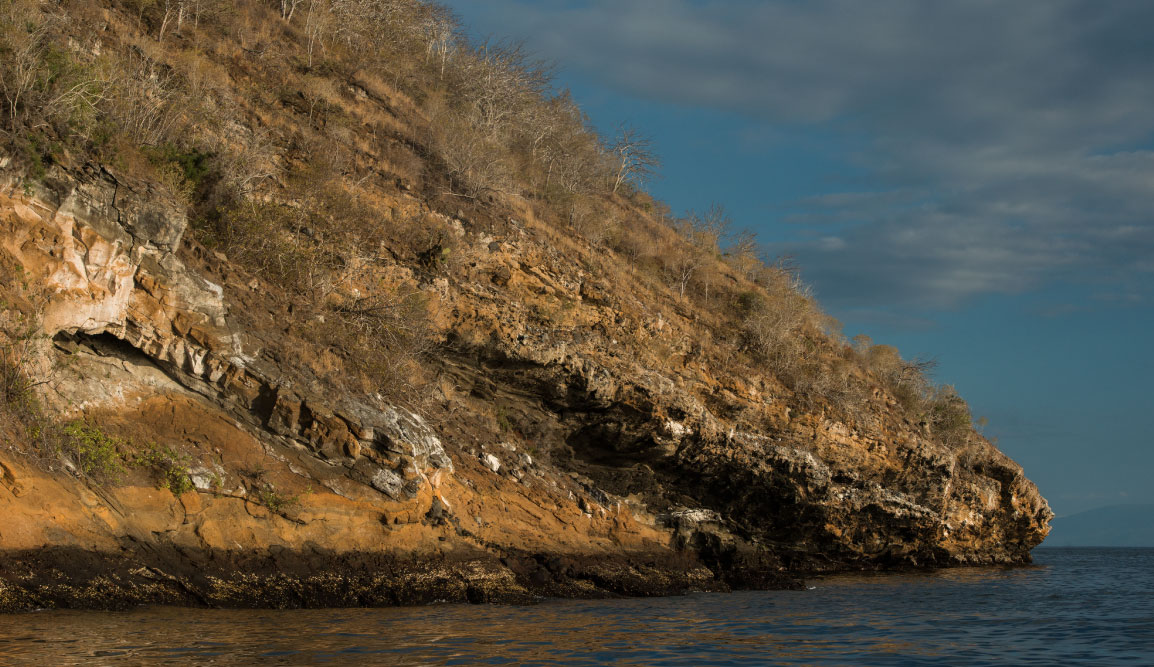 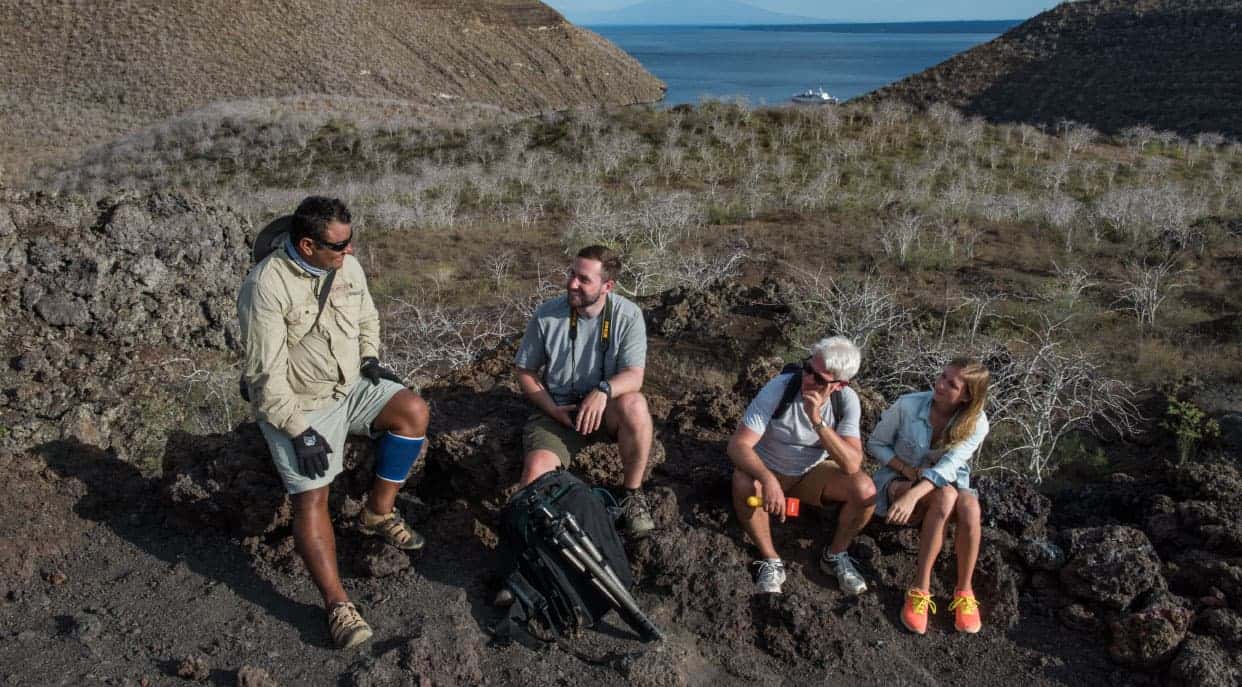 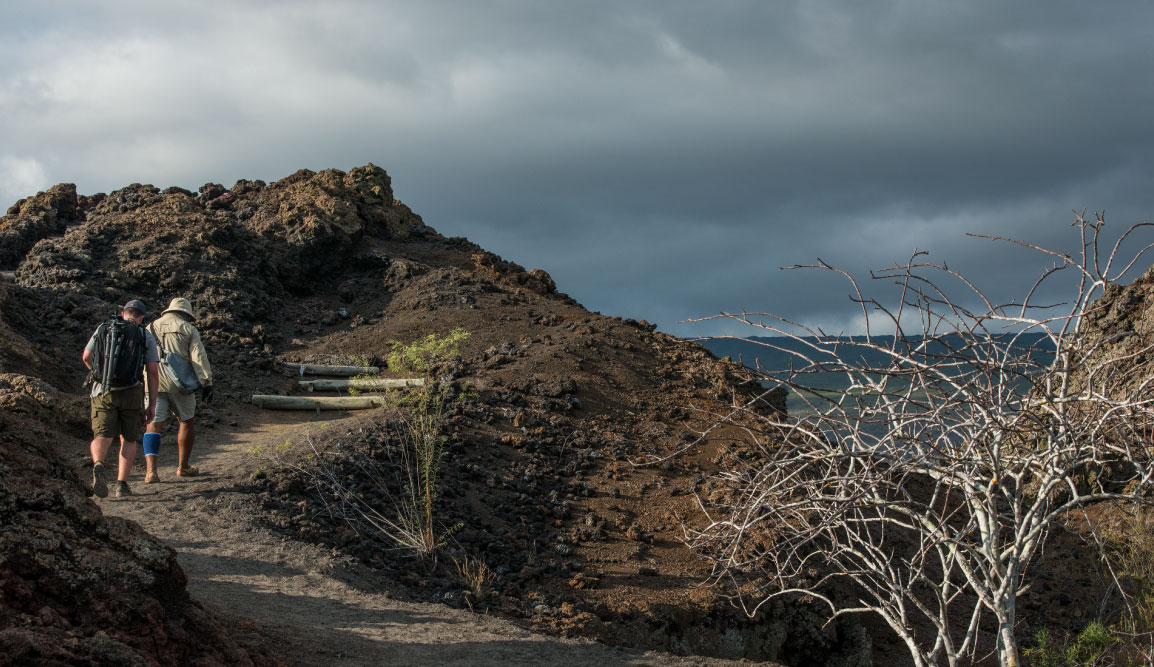 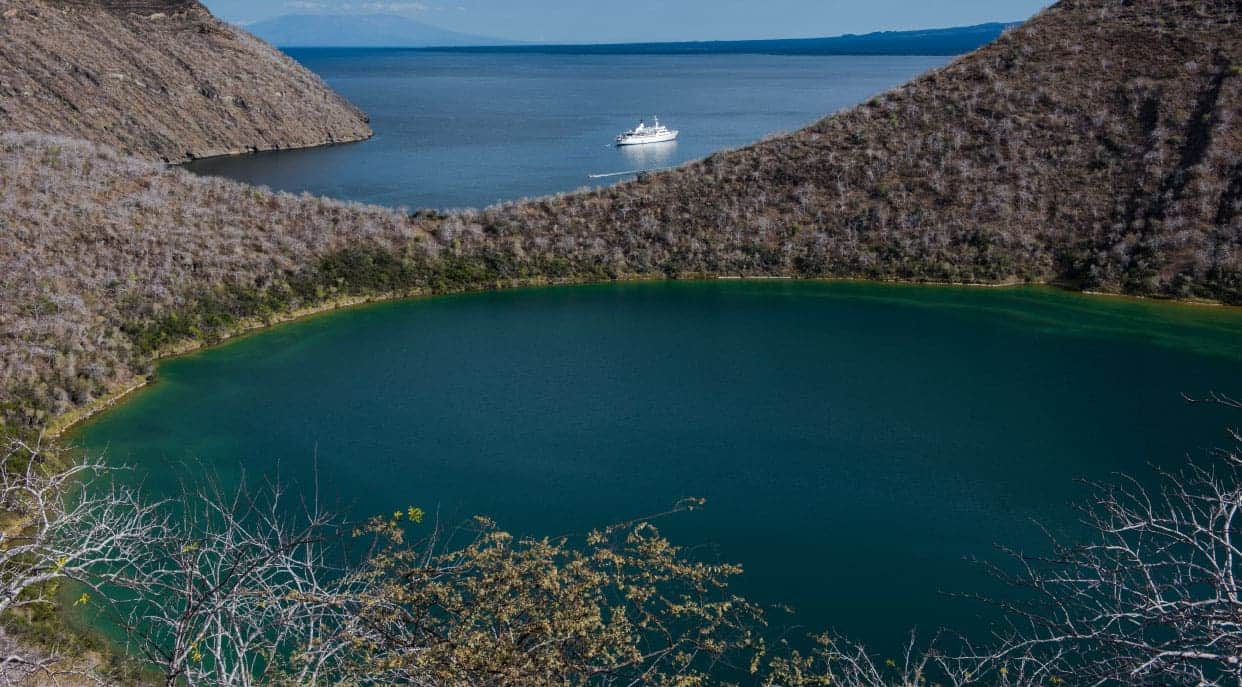 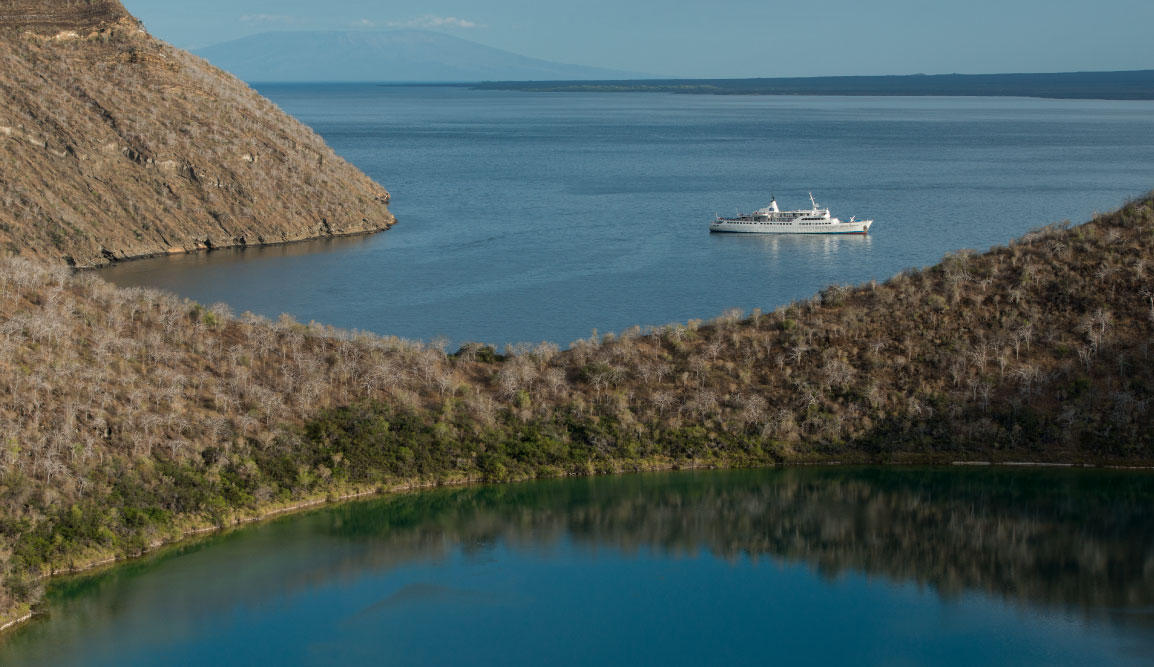 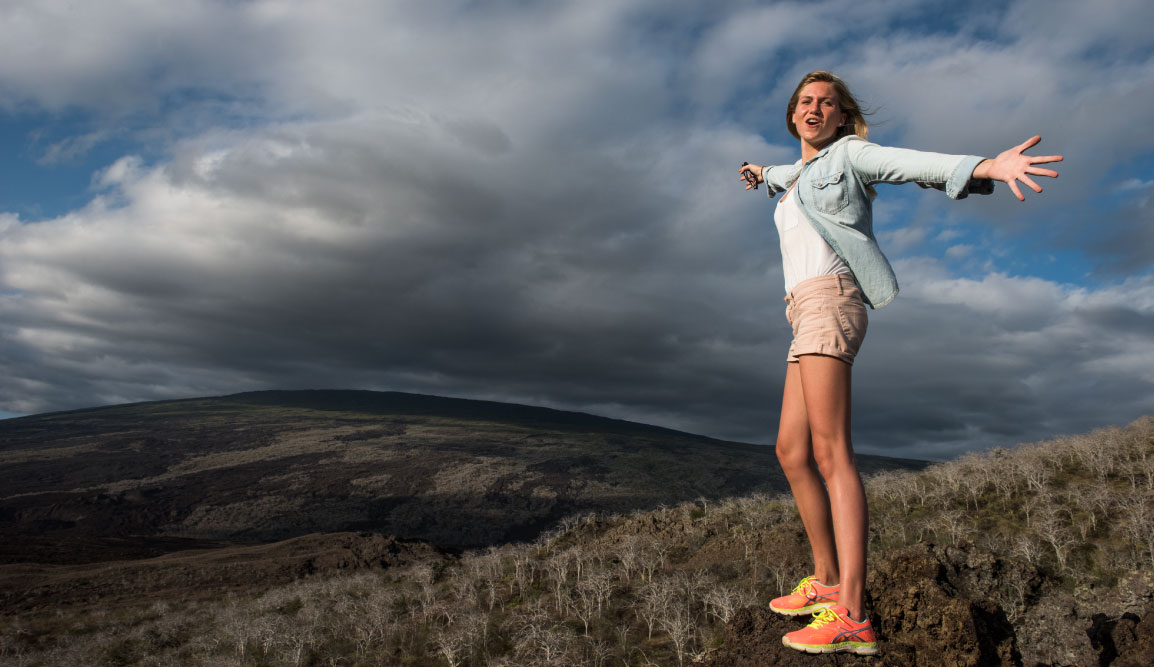 Tagus Cove is located on the Northwestern coast of Isabela. It is a historical site visited by Charles Darwin in 1835, where graffiti has been carved into the rock walls by visitors over the past centuries; this happened just before the Galapagos National Park was established in 1959-1960. This cove was a hideout for whalers and pirates, as it is protected by the surf and is also a perfect place to anchor. The name of the site dates back to 1814 when it was visited by a British ship, The Tagus, which had anchored there in search of giant tortoises to be used as food supply on the boat. We will return by the same path for an hour dinghy ride along a shoreline full of marine wildlife. Here, we will admire a variety of seabirds, such as blue-footed booby, brown noddy, terns, flightless cormorant and Galapagos penguins depending on the season. The Galapagos penguins are only 1.4 ft. tall (35 cm) and are the only penguin species in the world living in the northern hemisphere, that is, along the Equator. They are monogamous and lay their eggs in small cracks of lava, on the lower parts of the island near the shoreline not reached by the ocean’s water. The population of penguins on the islands is about 700 pairs, most of which live on the western portion of Isabela; others are cattered further south of the island.

Along theTagus, we can observe sea turtles, eagle, rays, sea lions and, if we’re lucky, dolphins swimming in the vicinity. Here, snorkeling is allowed. Once we leave Tagus Cove, we navigate into the Bolivar Channel for excellent opportunities for whale and dolphin watching.